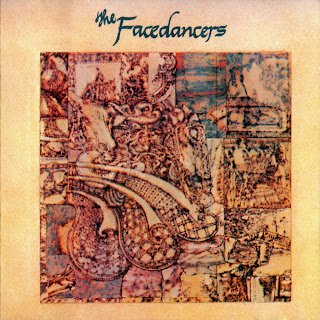 The Facedancers were a progressive/jazz-rock band signed to Paramount Records in the 1970’s. They recorded one full length studio album with legendary producer Teo Macero (Miles Davis). Though the band and their album have built a cult following, The Facedancers remain a mysterious treasure in the hearts of progressive rock fans around the world.

The Philadelphia based band consisted of brothers Barry (bass, guitar) and Dale Armour (keyboard, flute, guitar, vocals), Warren Bloom (lead vocals, harmonica, percussion), Roger Kelly (guitar, vocals), and Michael Loy (drums). Originally a comedy-rock group called Lobotomy, they became the house band in the last year of the Second Fret Coffeehouse in Philadelphia. No longer strictly a comedy act, in 1971 they changed their name to The Facedancers just before making their self-titled album on Paramount Records in 1972.

The album was produced by jazz saxophonist and producer Teo Macero, at Blue Rock Studios in the Soho district of NYC in the summer of 1972, using 100 hours of studio time. Macero was concurrently producing Miles Davis' "Bitches Brew" for Columbia records, so this was a moonlighting job for him. In those days if someone insisted that the group label their music, they answered with "jazz-rock", though they didn't consider it jazz.

The group's musical influences were eclectic. Kelly and Bloom were lovers of rock'n'roll, R&B and blues (Bloom admired Smoky Robinson in particular). The Armours' father was a pianist who had played in swing bands, and taught the boys classical, stride and swing. They liked Bill Evans and Dave Brubeck. The brothers had also studied classical guitar, and Dale was self-taught on flute and sitar.

Development was intentionally somewhat musically isolated. Not many record albums were played at the band house - some Pink Floyd, David Bowie, Charlie Parker and Dizzie Gillespie, John Cage. There was still the overwhelming influence of the Beatles. There was no concern for "danceability", so they played with time signatures. When too hungry and obliged to take a dance gig, they covered the Rolling Stones for fun.
by Michelle Armour, Philadelphia 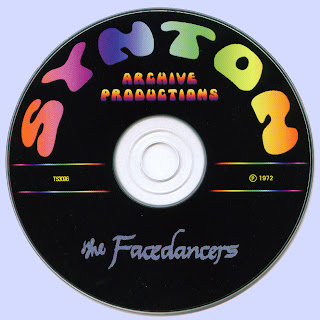 Free Text
Just Paste
Posted by Marios at 9:16 AM 14 comments: