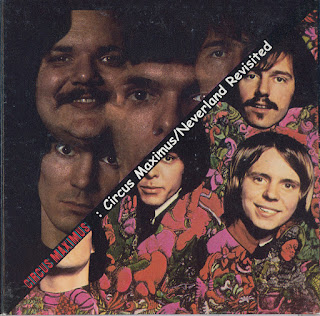 To someone who never lived through the 1960’s, it’s hard to comprehend the amount of cultural experimentation that was taking place in America.  Nothing it seemed was being taken for granted, almost as though young artists all across the country had made it their mission to try to re-imagine every last aspect of pop culture, especially music. At the epicenter of all this experimentation was, of course, New York’s Greenwich Village, which at that time was not only a hotbed of modern jazz, an art form that had at its very core, experimentation, but also the country’s budding folk music scene.

As an outgrowth of that Greenwich Village mix of jazz and folk, a group calling itself Circus Maximus emerged, formed when Bob Bruno, a young jazz piano player, happened to meet a young guitarist and recovering pop star wannabe named Ronny Crosby.  A few months earlier, Crosby had come to the City from Upstate and reinvented himself as a wandering folk troubadour who went by the name Jerry Jeff Walker. Bruno had been playing piano since the age of five and had, literally, been hanging around jazz clubs his whole life.

Jerry Jeff Walker, on the other hand, had played ukulele as a kid, and eventually formed a garage band in his small hometown of Oneonta. Though his band was good enough to score an American Bandstand audition, rock and pop were not near and dear to Walker’s heart.  Over the years he had fallen in love with country and folk, and knew that’s where he wanted to focus his creative energies.

So when Bruno, Walker and Circus Maximus went into the studio in 1967 to record the first of their two albums, what they came out with was an offbeat, uneven, but occasionally inspired hybrid of both jazz and folk. Around the same time that all this musical whimsy and cross pollination was taking place, there was something nearly as interesting occurring in the world of radio.  The criminally underutilized FM band, with its rich, full, static-free sound, started to slowly give rise to a growing number of non-commercial “underground” stations across the country, particularly in college towns like Berkeley and Austin.

And the music the “hosts” on such underground stations played was the stuff the Top 40 stations wouldn’t touch; the experimental gumbo being offered up by groups like Love, the Fugs, the Holy Modal Rounders and Circus Maximus.  And one of the first (and only) national “hits” of that underground era was a song written by Bruno called “Wind,” which proved to be particularly popular in New York and a handful of West Coast markets.

“Wind” featured an infectious jazz hook, some too-cool-for-school vocals by Bruno, and a few bars of free-form, almost atonal improvisational piano playing. It maintained, however, the unmistakable sound and feel of a folk tune, which made it perfect for an era whose musical iconography included folk legends like Bob Dylan, Donovan, Joan Baez and Barry Maguire. In part because it clocked in at just over eight minutes long, “Wind” never came close to charting as a single.

Nevertheless, for many children of the Sixties, “Wind” remains both a touchstone of their lives and an essential building block of the desert island jukebox of their minds. Because just like any magic carpet ride of youth, the song has maintained its remarkable ability, despite the passing of the years, to transport certain people of a certain age to a simpler place and time, when life was defined not so much by the choices made, but by the possibilities that lie ahead.
by M.C. Antil 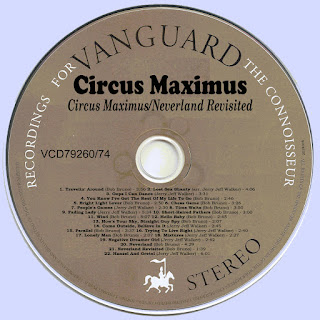 Free Text
Text Host
Posted by Marios at 6:10 AM 4 comments: