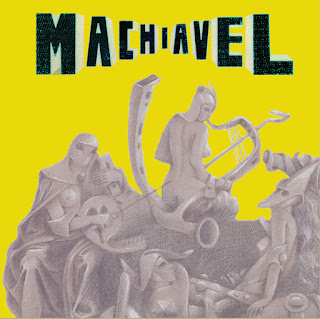 Machiavel is one of the most famous Belgian rock bands. The band has collected 4 golden records and performed a lot of shows.Machiavel has played twice sold-out at Forest National and four times even successfully at the Ancienne Belgique in Brussels.The power of an original music, a mix between rock and melodious songs together with a well-balanced contrast between soft and hard sounds contribute to the ever growing success of the band.
In the middle of the seventies two music freaks, Roland Degreef and Marc Ysaye, created a group called Moby Dick . Shortly later, they met Albert Letecheur - a meeting that would prove important at a time when the musical style of European groups such as Yes, Supertramp, Genesis and Emerson, Lake & Palmer was becoming increasingly popular throughout Europe in general (and Belgium in particular). At the time, the style was called "Eurock" .
Once the style was established, most countries had their own "Eurock" bands, except Belgium - much to the frustration of the public and press. In the small world of Belgian music in 1975-76, a place was up for grabs. Four French-speaking musicians thought they would give it a try. With Roland Degreef on bass, Marc Ysaye on drums and vocals, Jack Roskam on guitar, Albert Letecheur on keyboards; Machiavel was born, and about to become one of the country's most successful bands.
In April 1976, they released their first album called Machiavel , which was hailed by the press but even more by the public. In retrospect, it is clear that this album had tracks of varying quality. But the level of artistic potential and skill were impressive for a first album.
For the second album, the group's line-up changed. Jack Roskam was replaced Jean Paul Devaux on guitar and Mario Guccio was brought in as singer and showman to boost the live impact. Released in 1977, the second album, Jester , revealed surprising musical maturity. Machiavel acquired their style, and additional fans.
by Christian Lejeune 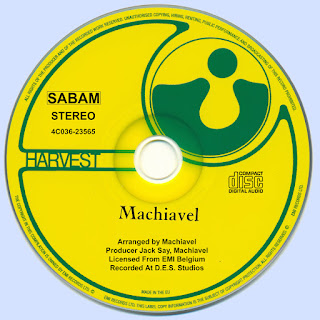