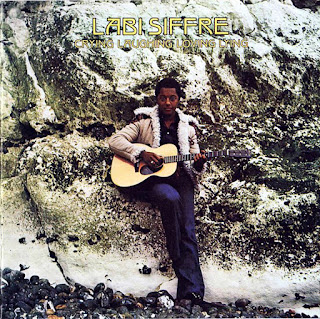 Labi Siffre was born on June 25, 1945. He is a British poet, songwriter, musician, and singer most widely known for “(Something Inside) So Strong,” “It Must Be Love,” and “I Got The…,” the sampled rhythm track which provides the basis for a number of well-known hip-hop tracks such as Eminem’s breakthrough hit single, “My Name Is.”

Labi Siffre was born the fourth of five children, at Queen Charlotte’s Hospital in Hammersmith, London to a British mother of Barbadian–Belgian descent and a Nigerian father. He was brought up in Bayswater and Hampstead and educated at St Benedict’s School, in Ealing, West London.

While trying to become a full-time musician, Labi Siffre worked odd jobs as a warehouseman, a filing clerk and as a minicab driver and delivery man. In the early 60s, he joined a jazz trio that featured him on guitar, playing at Annie’s Room, a jazz club fronted by the singer Annie Ross. He then toured as opening act and backing singer for Jackie Edwards, the Jamaican songwriter, soul and reggae star. Labi went on to form another three-piece group called Safari, playing London’s Soho clubs. Then his first solo gigs came in Amsterdam at the folk club Het Kloppertje, and at the then haven of psychedelic hippiedom, Paradiso.

In 1969, while working in Amsterdam, Siffre signed a publishing and management contract with Management Agency & Music Ltd. He released six albums between 1970 and 1975, and four between 1988 and 1998. In the early 1970s, he had UK hits with “It Must Be Love,” “Crying Laughing Loving Lying” and “Watch Me.”

He moved to Los Angeles in 1977 and shortly thereafter decided to quit the music business as a performer and concentrate on writing. After nine months in California he moved back to the UK when, in 1978, two of his songs, “Solid Love” (performed by Siffre) and “We Got It Bad” (co-written and performed by Bob James) reached the UK finals of the BBC’s A Song for Europe.

Labi Siffre came out of self-imposed retirement from music in 1985 when he saw a television film from South Africa showing a white soldier shooting at black children. He wrote “(Something Inside) So Strong,” an anti-apartheid anthem, which remained enduringly popular and is an example of the political and sociological thread running through much of Siffre’s lyrics and poetry. It was sung by the crowd during a remembrance ceremony following the Grenfell Tower tragedy in 2017. It won the Ivor Novello Award for Best Song Musically and Lyrically, and has been used in Amnesty International campaigns, a television advertisement, and Alice Walker’s film against female genital mutilation. In 2015, Siffre revealed the song was also inspired by his growing up gay.

His stance on civil and human rights has further enhanced his reputation. In 1990, collaborating with the South African R&B, jazz-fusion singer-songwriter and guitarist Jonathan Butler, Siffre wrote the lyrics of five of the nine songs on Butler’s album “Heal Our Land.”

Labi Siffre and his partner, Peter John Carver Lloyd, were together since July of 1964 and up until Lloyd’s death in 2013. Under the UK Civil Partnership Act 2004, they became legally recognized partners in December of 2005. Siffre remains active in political and social justice issues, and is an outspoken atheist. We thank Labi Siffre for his artistry and courageous activism.
by Stephen A. Maglott

In 1972, London-born musician, poet and openly gay singer-songwriter Labi Siffre released “Crying, Laughing, Loving, Lying,” a tender love ballad that deals squarely with homophobia and racism.  While never having an international hit or labeled a “superstar”, the multi-talented Siffre built a cult following with covers by Rod Stewart and Olivia-Newton John and samples by Kanye West, Jay-Z and most famously by Eminem on “My Name Is.”

Unafraid to speak up against injustice, protest songs take on issues of their day, but transcend their eras to speak to future generations.  Partnering with WXPN, Guster shares their cover of “Crying, Laughing, Loving, Lying”, a respectful rework that honors the unassuming protest song for a new generation (out tomorrow).
by Penny Palmer 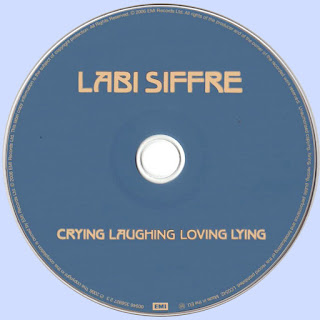