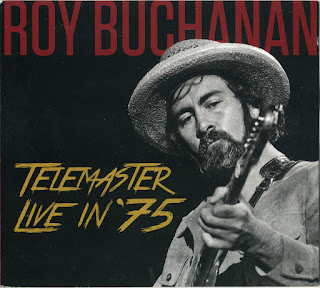 This is the third in a series of previously unreleased live gigs – and though it’s not all 1975 (the first six songs are from the year on the title card, the final two come from 1973, the band is largely the same for all) it is all great.

Worth it for Buchanan’s dazzle across signature pieces like I Used To Have A Woman and The Messiah Will Come Again.

Heck, even when he’s trotting out bar-room blues staples such as Further On Up The Road and Sweet Home Chicago, there’s real fire in his playing.

The version of Don Gibson’s Sweet Dreams (from ’73) is a sublime closer. Like Peter Green and really only one or two others Buchanan had something truly special in his touch, something utterly believable in his soul. He took the blues on his journey while always being respectful to the form.

It’s a solid crew behind him, road-tight and tested. With drummer Byrd Foster a sympathetic hand and bassist John Harrison capable as a vocalist when needed, since that wasn’t Roy’s thing.

Even when the band rocks things up a lot (Running Out, Whole Lotta Shakin’ Goin’ On) it’s worth it for the way Buchanan paints himself into, and then straight out of, the corners of the tune. His attack on Running Out is tremendous, all scrambly and scratchy.

Also, these recordings are – sonically – wonderful. No patchiness, nothing lost. It’s a great live sound that’s been captured here. Probably it’s just for existing Roy fans. But his sad story was score by mesmerising music and so the legend lives on.
by Simon Sweetman 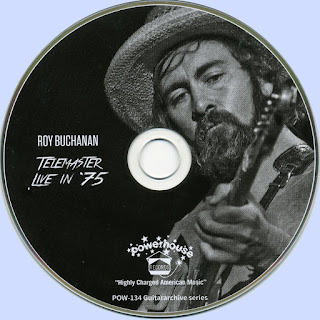 Free Text
the Free Text
Posted by Marios at 2:55 AM 1 comment: