The Illusion - If It's So (1970 us, solid hard classic rock with psych shades) 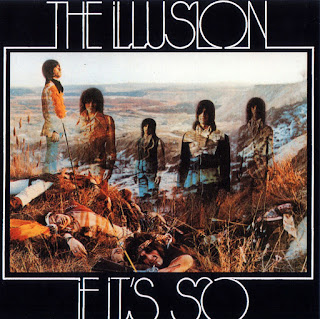 If you aren't familiar with The Illusion (not to be confused with the UK band of the same name), enjoy a trip back in rock history with this little known, underappreciated band from Long Island, New York.
Known for their sweet harmonies and stellar musicianship, the band drew a large & loyal following on the East Coast. Lead by John Vinci on vocals, the band featured fine drummer, Mike Ricciardella. Rounding out the rhythm section was Chuck Alder on bass and background vocals. The most versatile member was Mike Maniscalco who sang occasional lead but was the voice that stood out in the harmonies. Mike played rhythm guitar, keyboards & sax. Giving Illusion the edge over all other Long Island bands was a most underrated guitar player Rich Cerniglia.
Having a top 40 hit on Jeff Barry's Steed label, "Did You See Her Eyes", gave them the opportunity to do their first tour with Mitch Ryder. Illusion later went on to open for such acts as Chicago, The Who, Savoy Brown, The Allman Brothers and Sly and the Family Stone just to name a few. Also, along with Cactus, the Illusion were a support act for Jimi Hendrix at the Boston Garden in 1970, shortly before his tragic death. The Illusion went on to record two more albums for Steed Records- Together (As A Way Of Life) and perhaps their finest album, If It's So. Shortly after the release of what should have been Illusion's break through LP, the band disbanded. 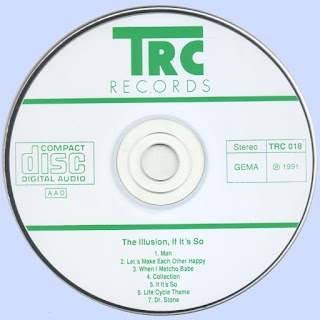