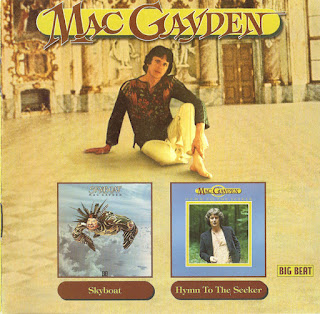 If you were a London-based listener with at least a modicum of good taste in the late summer of 1975, Mac Gayden’s massive turntable hit, ‘Morning Glory’ will hold more than a few memories for you. Championed by a better class of DJ, such as Charlie Gillett on Radio London, and Roger Scott on Capital Radio when it was everything that an independent radio station should be, this supremely catchy song with its compelling slide guitar work ought, by rights, to have been one of the year’s stone smashes. Sadly, its appeal didn’t get far beyone those who appreciate perfect pop, but even now, 33 years on, it stands up to any amount of scrutiny, and is easily the equal of any of Gayden’s better known mid 1960s compositions, such as ‘Everlasting Love’ and ‘Love On A Mountain Top’, two Top 20 hits that he co-wrote for Robert Knight, or the beach music/60s classic ‘She Shot A Hole In My Soul’for Clifford Curry.

‘Morning Glory’ was not a hit in the USA either, but Gayden’s label ABC believed in him enough to release “Skyboat” and “Hymn To The Seeker”, two of only three solo albums that he released last century issued here with his non-album B-side ‘Sunfall’ as a bonus track. Neither of them made ways. Not helped by sending the decidedly non-country “Skyboat” album to country stations, on the basis that it had been recorded in Nashville. Now they have come to be recognised as masterpieces of the diverse and all encompassing musical melting pot that is Southern Rock.

The sleevenotes, by Gayden aficionado and Mojo writer Mick Houghton, give valuable insight into this still relatively unsung hero, whose other notable achievements include playing on Dylan’s “Blonde On Blonde” sessions, co-founding two cornerstone acts of Southern rock in Area Code 615 and its successor, Barefoot Jerry and, possibly most importantly, inventing an innovative way to play a slide guitar through a wah-wah pedal, as exemplified by his work on J J Cale’s first album and, of course, ‘Morning Glory’.

Gayden still pursues a musical path in the 21st century, with his own label and the occasional Nashville gig to keep him busy. For those who can’t pop across to Music City every time Mac plays a show, the CD premiere of “Morning Glory – The ABC Recordings” will be a most acceptable alternative. We’re delighted to return this small but perfectly formed body of work to catalogue after far too long an absence.
by Tony Rounce 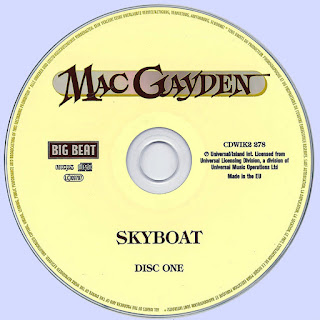 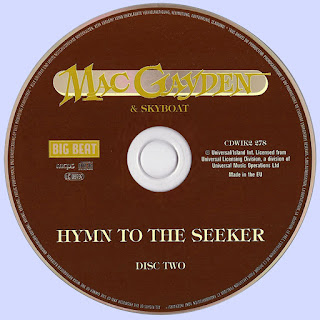 Free Text
the Free Text
Posted by Marios at 3:59 AM 2 comments: