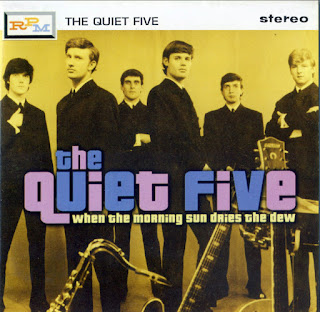 Both sides of all six of the singles issued by this obscure British band between 1965-1967 (including one released only in the U.S.) are on this compilation, which also presents seven previously unissued tracks. With their clean-cut, American-influenced vocal harmony sound, the Quiet Five weren't too comparable to many other British Invasion bands; perhaps the Fortunes and Peter & Gordon, a bit, though they were earthier than the Fortunes and not as folky as Peter & Gordon. The influences of the Beach Boys and Merseybeat are also felt to varying degrees.

While the material is uneven, and isn't stunning, it's a pretty respectable slant on the more lightweight side of the mid-'60s British Invasion. Certainly their moody, folky debut single, "When the Morning Sun Dries the Dew," is a highlight, akin to Peter & Gordon in their more serious moods, making one wish Quiet Five singer/guitarist Kris Ife had penned more of the group's releases.

The more energetic B-sides "Tomorrow I'll Be Gone" (a quite tough Merseybeat-flavored number) and the soul-pop-Mersey hybrid "Let's Talk It Over" are also quite satisfying, if not typical of the approach the band usually took. Indeed, the Quiet Five's versatility sometimes worked against rather than for them, as they also delved into unimpressive updates of standards, limpid pop, and a not so hot cover of the fine Rolling Stones LP track "I Am Waiting." Still, there are more enjoyable cuts here than duds, including an uncharacteristically fuzzy stomper with lead vocals by P.J. Proby, "Didn't Give a Damn," among the unreleased items. Overall, it's a pleasantly worthwhile compilation, and recommended to British Invasion collectors trying to discover something new from the vaults, as the Quiet Five are a band about which even many serious British Invasion fans might remain unaware.
by Richie Unterberger 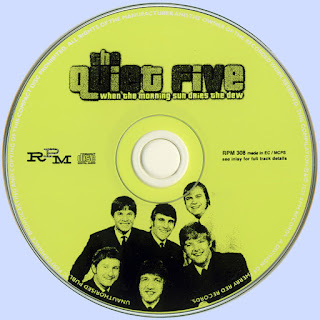