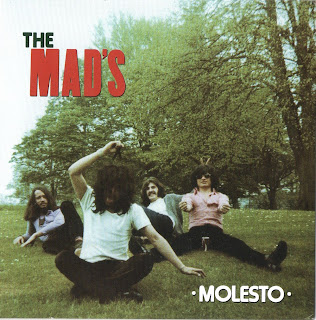 Los Mads started out in the mid-1960s, playing covers and a few of their own songs on Peruvian television. But a chance sea-side encounter with Mick Jagger and Keith Richards after a private party got the Mads the chance to go to England; interest from Stones' manager Marshall Chess got them backstage to see Hendrix at the Isle of Wight—and recording time in the Rolling Stones studio.

Some demos recorded there and at Jagger's Stargroves castle (recorded live to studio truck, just like Led Zeppelin did for their third and fourth albums) plus a name change to MOLESTO got them gigs at the main venues in London. They jammed with Steve Winwood and Brian Davison (The Nice); they played with Jeff Beck and Carmine Appice; Molesto's guitar player, Alex Ventura, worked in a clothing boutique alongside Freddie Mercury and Roger Taylor. They were in the musical heart of England. And at that point, faced with growing friction within the group, Molesto disbanded. This disc collects recordings from all three stages of Los Mads/The Mads/Molesto's six year career, including two tracks from the Stargroves session.

The early tracks are groovy post Summer of Love stuff: 'Birds in My Tree' is a musical creamsicle, just right for summer nights. The excellent eight plus minute instrumental 'Tumor Bossa' has a Santana-esque feel. But the flamethrower guitar on Molesto tracks like 'Feels Like Love' and 'Fly Away' (which luckily clocks in at more than seven minutes) needs to be heard to be believed. Hard driving and heavy; wild, fast, rhythmic, and furious: top of the table stuff. Most tracks are sung in English.
by Adamus67 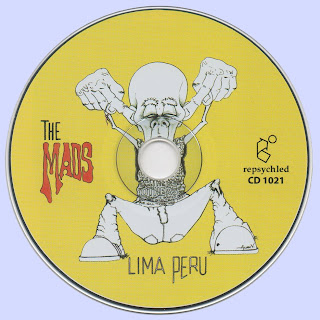 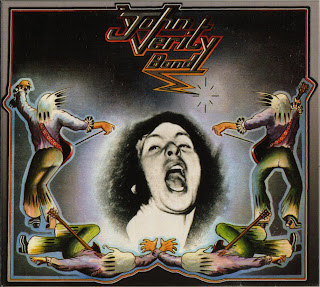 John Verity Band namesake John Verity has a wealth of experience with Argent, Charlie and Phoenix. Previous to Argent he had created The John Verity Band touring America as support to artists such as Jimi Hendrix and Mountain prior to journeying back to the UK in 1971.

In 1973 the John Verity Band was revived once more issuing a Steve Rowlands produced album the following year. Joining him were guitarist Geoff Lyth, bassist Jerry Smith, the enigmatically titled vocalist Thunderthighs and drummer Ron Kelly. Later recruits into the band were bassist Peter Byford and guitarist Paul Quinn, both from Son Of A Bitch. The John Verity Band supported Argent in the UK and following these dates Verity was enticed into the ranks of the headline act to fill the gap left by a departing Russ Ballard. Verity stayed for two albums 'Circus' and 'Counterpoint' before forming Phoenix.

As the 80's dawned Verity found himself reuniting with old friends Byford and Quinn producing the first album for their newly found status as Nwobhm heroes Saxon. He would also produce MotȪrhead and Tank. Verity also tried out for a position in Uriah Heep.

1981 had the man working with ex-Argent colleagues guitarist Russ Ballard and drummer Bob Henrit together with ex-Sweet frontman Brian Connolly in a short lived act titled Vel Verity. This union fell apart but Verity did produce and appear alongside Rod Argent and Henrit once more on Connolly's third solo single 'Hypnotized', a cover of the Fandango tune. Verity also formed part of Connolly's touring band when he supported Pat Benatar on her January 1983 tour.

Later the same year he also played one gig as a stand-in member Of Michael Schenker Group during their UK tour. 1983 proved a groundbreaking year for the man as he was offered positions in Michael Schenker Group, Asia and with Ted Nugent but chose instead to tour with John Coghlan's Diesel Band.

1983's 'Interrupted Journey' saw guests including GENESIS guitarist Mike Rutherford, Rod Argent and Russ Ballard. Bass came from former IF and Phoenix man Dave Wintour. Among the songs was a re-working of a Phoenix track written by Ballard 'Just Another Day (In The Life Of A Fool)' and 'Love Is Blind' also covered by Uriah Heep. For touring the band enrolled Jim Rodford's son Steve on drums and Terry Uttley on bass. 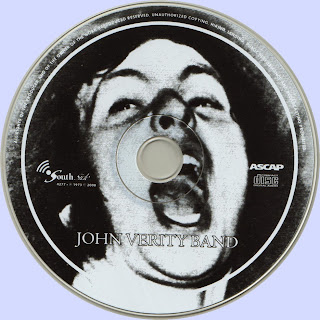 Free Text
Text Host
Posted by Marios at 4:13 AM No comments: