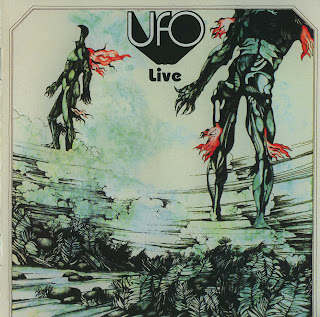 One of the most entertaining hard rock groups of all time, UFO quickly became a popular touring band throughout the world. This rare live recording features six scintillating performances by the group blasting on all cylinders. Kicking off with a spirited version of Eddie Cochran’s ‘C’mon Everybody’ followed by Bo Diddley’s ‘Who Do You Love’, the openers typify the heavy rock band’s R'n'B roots.

With charismatic vocalist Phil Mogg at the helm, this album documents a classic rock band at its best. “Live’ was recorded back in the days when we didn’t have any roadies and had to carry their own gear to every gig.”

Live (later re-issued as UFO Lands In Tokyo), was originally only released in Japan in 1972, soon after Mick Bolton left the group, and UFO set out to find a guitarist who could provide the band with a more standard rock sound.
Repertoire-recs 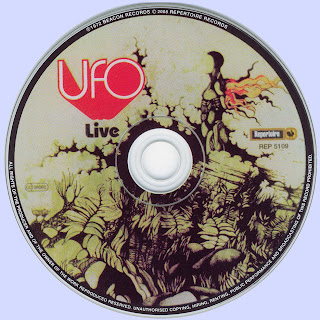