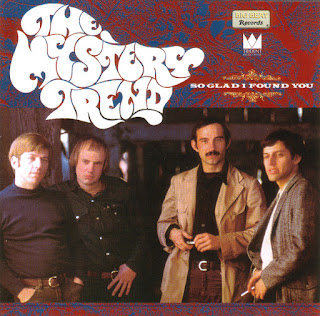 If the Airplane and the Dead were the Beatles and Stones of San Francisco's mid-1960s rock heyday, then the Mystery Trend were its Zombies or Left Banke, peddling craftsmanship and high quality pop songs in an era of burgeoning indulgence. Ahead of anyone else except perhaps the Charlatans, the Trend was the first alternative rock group in the Bay Area, debuting in May 1965.

Unlike the ex-folkies and beatniks that comprised the rest of the scene, the group, led by keyboardist and songwriter Ron Nagle, were older and came from an art school background, eschewing the jams and free-form modality of other local groups for concise ensemble arrangements. "The kind of writing that was going on in San Francisco then, to me, it was dogshit" says Nagle."Everyone was into this wankingsoloingpsychedelic-droneout. It was very uncool to play three minute pop songs." Nagle and guitarist Bob Cuff were turning out gems like Carl Street and Words You Whisper by the dozen, to the general indifference of crowds at countercultural hotspots like the Matrix or Fillmore.

Consequently, the Trend was a neurotic, uptight set of individuals who lent their quirky pop a garage-band edge. Shows were few and far between for these musical outcasts who preferred cocktails to acid, and Burt Bacharach to Ravi Shankar. In late 1967, while all around were being signed up in a major label feeding frenzy, the group quietly broke up. Nagle went on to release the classic cult album "Bad Rice" before pursuing his chosen vocation as a world-renowned ceramic artist.

The combo's sole vinyl legacy was the barnstorming 1967 single Johnny Was A Good Boy, but for years rumours have persisted of an unreleased album recorded for Kingston Trio manager Frank Werber's Trident Productions. So Glad I Found You finally uncovers these legendary sessions to reveal what could have been, and it's a remarkable batch of material. The bright Spoonful-esque jangle of Ten Empty Cups and One Day For Two reflects an innate pop sensibility that is in stark contrast to fuzz-toned neuroses- laid-bare like Mercy Killing and What If I. There's eclectic covers like Smiley Lewis' Shame Shame Shame and the Who's Substitute, majestic mood music with the bossa nova Mambo For Marion, and a forgotten masterpiece in the epic So Glad I Found You.

And in addition to collecting together the Mystery Trend's entire studio recordings, all resplendent in crystal-clear stereo from the original master tapes, So Glad I Found You adds a brace of illuminating demo cuts, including the cryptic Wake Up Cryin' and erstwhile guitarist Larry West's bewitching Lose Some Dreams, to fully tell the story of this unique group. In tried-and-tested Nuggets fashion, there's the usual bevy of pictures and memorabilia, to illustrate a lengthy sleeve note that draws upon the recollections of several band members. With this long-awaited compilation, a significant chapter, not just in the San Francisco 1960s chronology but in pop music history in general, has finally been closed.
by Alec Palao 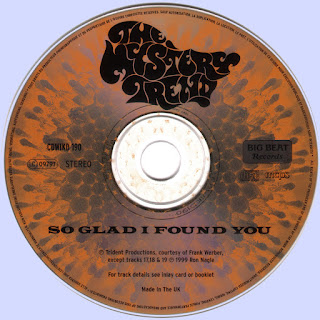