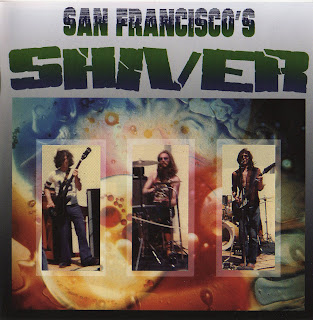 Shiver was a late sixties/early seventies band that played heavy acid rock in the vein of Iron Butterfly and Blue Cheer. This album is a reissue of a 1972 recording the band did on an old, yet effective, 2-track machine. Re-released by Shadoks Music, a subdivision of Germany's Normal label, it is a startlingly good artifact of the seventies acid rock scene.

While their brand of psych rock is significantly heavier than that of the more popular bands of the era - the scorching "Touch As Nails" is enough to make The Seeds and Steppenwolf sound like Barbra Streisand - they are no less psychedelic than any of the era's major outfits. In fact, the band's amazing solos are enough to get any stoner's head in the clouds. "Fixer", for example, sounds as if its straight out of the seventies-era West Coast underground - blasting along with yelled vocals and powerful, spacey guitar solos. "Up My Sleeve", meanwhile, will get you moving immediately - its scorching guitar work and super-fast drumming is enough to get anyone shaking. And when the singer starts screaming along to the insane instrumentation, you'll no longer be on this planet.

And, of course, there's the album's epic, "Alpha Man". Like a cross between the melodic perfection of Zeppelin's "Stairway To Heaven" and the acid-influences of Iron Butterfly's "In A Gadda-Da Vida", the track starts slowly, build up, halts, and then goes right into a devilishly catchy chorus ("Baby I'm the alpha maa-aaa-aan!"). It's the ultimate stoner paradise; head pounding riffs, brain boggling solos, and stoned drumming all make appearances. You'll wish you could have seen it played live.

Shiver's work is that rare stuff you hear so much about but never actually come across; it packs all the energy of a live performance onto one little cd. If you are at all interested in real acid rock, go find this artifact, lie back, and let the music take over your body. You won't be disappointed.
by Matt Shimmer 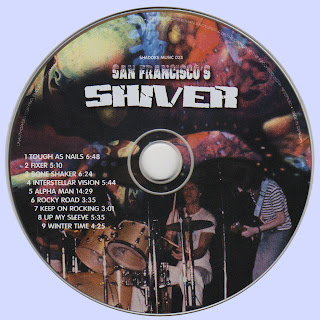