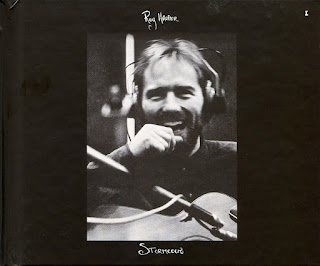 Eccentricity is by hardly a hindrance to exemplary music, but it can be a career liability. Just ask Roy Harper – the English folk-rocker whose nonconformist bent resulted in a veritable goldmine of material, but did little for his personal fortunes.

Name-checked by Zeppelin, lauded by Floyd and ripped off by Tull, Harper represented – for a brief time in the 1970s, anyway – the vanguard of progressive acoustic music. Although his 1971 album, Stormcock, is now widely regarded as a classic, it never broke the charts. But having had invested so much of himself in its creation, it nearly broke his will. Thankfully, the number of units moved has no bearing on the quality of Harper’s work, which sounds as vital in 2008 as one imagines it did nearly 40 years ago.

Armed with open chords and epic narratives that pillory religious and social hypocrisy, Harper offers a lusty worldview informed by strong ale, fierce herbs and a defiant yet solicitous humanism. Always careful not to indulge in borrowed mysticism or token utopianism, Harper instead plants his feet firm on the rock of Reason, employing impressionistic poetics in service of unfiltered insight.

Produced by legendary British manager/sounding board Peter Jenner, Stormcock‘s sound is brisk and intimate, with arrangements that grow from seedlings to strapping oaks as Harper’s reedy voice paints pictures of an ugly, unsound world at odds with justice and magnanimity. Boasting 12-string guitar, airy effects and the appearance of one S. Flavius Mercurius, a.k.a. Jimmy Page, the album is a time capsule from when the Aquarian waters were cooling, but had yet to completely ice over. Stormcock serves as a kind of mitigation between the chief tensions of the era – namely, bohemian indulgence and the sober apprehension of institutionalized cruelty.

It’s tough to name standout tracks, as there are only four on the record, and they all happen to be excellent. Opener “The Same Old Rock” is probably the finest of the batch, possessing a striking Page riff you can’t believe he didn’t save for Zeppelin. The fact that a mercenary like Page would be willing to part with an arrow from his musical quiver is a testament to the respect Harper garnered among his peers.

“Hors d’Oeuvres” is Stormcock‘s most lyrically pointed number. Harper sings in an untroubled yet persuasive tenor of despicable men with a firm grasp on the levers of power and public influence: “The judge sits on his great assize / Twelve men wise with swollen thighs / Who never ever told no lies / Whose minds were ever such a size / Whose lives were ever such a prize / Whose brains bred answers just like flies,” Harper merrily intones, making cold condemnation sound like a country promenade.

The album’s sole love song, “Me and My Woman,” on the other hand, plays like a demonic madrigal, replete with multi-tracked voices and a thorny midsection featuring sweeping strings, funereal trumpets and minor-key guitar arpeggios.

“There is a famous straggler stood on the edge of time / Who held the staff but did not feel the pain / He multiplied the mystery with utterance sublime / And crossed his heart for those who died insane,” Harper sings on “The Same Old Rock.” Those lyrics could apply to Harper himself, who, more than four decades into his career, remains the enlightened outlander – perfect in his flaws, and wholly untamable.
by Casey Rae-Hunter 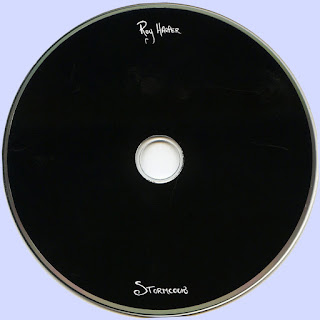 Free Text
the Free Text
Posted by Marios at 4:54 AM 2 comments: