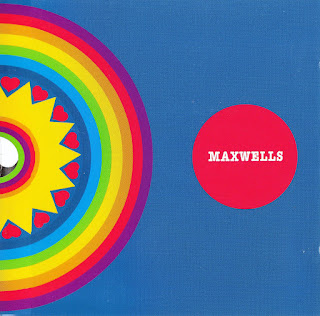 Maxwells started in 1963 as "The Dragons". The group was formed by Lasse Lunderskov (guitar), Jørgen Werner (electric bass), Børge Mortensen (drums), Even Mørk Pedersen (rhythm guitar) and Lars Bisgaard (vocal). They were all, apart from Even, attending the Danish Church School, where they were trained in choral singing and obliged to sing in the Marble Church choir, the church of the royal castle Amalienborg.

The band had a repertoire consisting of cover versions of hits by The Rolling Stones, The Beatles, etc. Their skilful singing earned them a reputation as a pop rock band and as such they played a lot of gigs. In 1965 they changed the group's name to Maxwells and the band turned their direction more and more towards a Motown style adding three horns in 1966: Kjeld Ipsen (trombone), Torben Enghoff (tenor saxophone/flute) and Bent Hesselmann (alto saxophone/flute).

Bisgaard and Lunderskov appeared in "The Beggars Opera" at Gladsaxe Theatre and in "Superman" at the "Studenterscenen" late 1966.  In 1967 Maxwells performed the first psychedelic show in Denmark: "WE", a collage of scenes and songs at the "Studenterscenen".  Svend Åge Mortensen, elder brother of Børge the drummer, constructed a whole set of light devices from gramophone motors, old glass prisms and slide projectors for this performance. It was a sensation and from then on the band worked with psychedelic lighting.

The intelligentsia took an interest in the band and contemporary composer Per Nørgaard used the band members in his opera "The Labyrinth" at The Royal Theatre of Copenhagen. He also composed an original song for the group called "ABCDarian" which was performed in May 1967 when Maxwells had their first TV appearance in a show recorded at the museum of contemporary art, "Louisiana". This was a real breakthrough and was followed by radio coverage and interviews in all the pop magazines. Late in the summer of 1967 their first record, a single including "Flower Powder" by Lasse Lunderskov and Bisgaard and "What Did She Do?" by Torben Enghoff (Sonet 7250), was recorded at the "Rosenberg Studios".

From then on the band started to add compositions by band members to their repertoire. In the following years, between concerts and theatre engagements, the band toured Denmark.
In October 1967 Maxwells supported Frank Zappa's "Mothers of Invention". For these concerts the band had composed a "collage style" set. The set the band put together for these concerts started with a recital of a Dada poem in a sort of acapella unisono singing, slowly developing into a wild climax 40 minutes later.

The unique psychedelic lighting, which developed together with the music from a red triangle kept still during the recital to a crescendo of rotating lights turning the crowd into a frenzy! It was an instant success and the audience as well as the critics favoured Maxwells as the best band of the concert, which was a bit unfair to The Mothers, who had played the concert using Maxwells instruments as their equipment was sent to Lapland by mistake. In December 1967 Niels Harrit (tenor saxophone/ flute/ Wurlitzer piano) joined the band. The band could now change its set-up during performances.

Niels usually played the Wurlitzer, but when playing soul standards like "Pots 'n' Pans", "I Feel Good" etc., he would play tenor sax, while Enghoff would switch to baritone sax, and Hesselmann would either play alto or soprano sax on top of the horn section with Ipsen's trombone on the base line.  In January 1968 Maxwells were hired by the "Montmartre" jazz club to play Monday nights, which they did for longer periods the following year. In August Lasse and Bent wrote and recorded the music for "le Chat Botté" at "The Little Theatre", the first theatre for children in Denmark. In September the entire orchestra played as musicians and actors in the first performance of the musical "Hair" at Gladsaxe Theatre adding to the original score with a strip theme by Hesselmann, original music to the song "The Bed" by Lunderskov and a collective "Trip Music".

In October the band started rehearsals with the Danish contemporary composer Niels Viggo Bentzon, followed by concerts and a recording session in November which produced the single "Memories of Lorca/Biafra", both by Bentzon (Additional musicians: Erik Moseholm (contrabass) and Ingolf Olsen (Spanish guitar). Philips PF 355350). In January 1969 the German jazz critic, Joachim Ernst Behrendt, heard the band in a concert at the Danish Film Academy. He was so enthusiastic about the band, that he signed them to record a session for MPS Saba in Villingen, Germany. This session took place over 4 days in June, with Behrendt as producer. The LP Maxwell Street was released in September same year on MPS15242.

At the end of 1969 two things happened that would later trigger the beginning of the end of Maxwells: All the band members were attending university. Lasse and Jørgen studying Law, Børge and Svend Åge Medicine, Lars Biology, Torben Literature and French, Kjeld Music at the Royal Conservatory and Niels Nuclear Physics at the Ørsted Institute, while Bent, 10 years older than the others, had finished his studies in English and History.

Everything had been going smoothly as they were able to adapt their studies to suit the band's activities but then Niels had to move to the Max Planck Institute for Radiology in Mülheim and stay there for more than a year. Furthermore Kjeld was told to stop his professional work immediately or he would be expelled from the conservatory and miss his degree as a first class solo trombonist.

The band never recovered from the loss of these two versatile members and although they tried with different additional personnel it never really worked as well as it had done before! In 1970 the rest of Maxwells played a final concert at the Music and Light Festival in Skovlunde, North-West of Copenhagen, joined by Dan Nedergaard (trumpet) and Frankie Jackman (congas).

In these 7 years Maxwells changed from being a very popular pop rock band with all the trappings to a band that experimented with all the new things that appeared in these years. The long cascades of dada poetry mixed with absurd snippets taken out from conversations in daily life were never recorded. Neither were the long collective improvisations of up to 45 minutes as played at the "Montmartre" Mondays.

Reactions to the band ranged from raving, delirious enthusiasm to wrath and anger over psychedelic art, twice resulting in smashed furniture and the band getting beaten up. Being a forerunner always has its price - just think of Stravinsky, who had to escape through a window to flee the threatening mob at the first performance of "Le Sacre de Printemps" in Paris in 1911! But it was worth it!

Today, Jørgen Werner works as a chartered accountant/counsellor of law, Børge Mortensen is a parish clerk at the Royal Church of Holmen, his brother, Svend Åge, is the chief anaesthetist of the heart transplantation centre at Rigshospitalet, Lars Bisgaard is a school teacher, Niels Harit is a professor of Nuclear Physics at the Ørsted institute and still plays in big-bands and occasionally as a soloist on records. Torben Enghoff is a composer and leader of a quartet playing classical and contemporary repertoire. Kjeld Ipsen has been touring the world with various artists such as Gloria Gaynor and still works in big-bands. Since 1970 Lasse Lunderskov has been working as an actor with growing success. He played a strong character as Onkel Leif in the Danish dogma film "The Celebration" and has appeared in many TV programmes. Lunderskov still plays guitar in his own band "Rootbeat" and works as a theatre and film composer and as a songwriter.

Bent Hesselmann has toured Europe with Rainbow Band and Midnight Sun and Denmark with various groups and theatres as a band leader and occasionally as an actor. He mainly works as a theatre and film music composer. Together with Lunderskov he has written two books on the electric guitar and electric band equipment: "Beat Guitar" and "The Book on Electric Instruments". Lunderskov and Hesselmann are also both board members of the "Danish Songwriters Guild".
by Trevor Wilson and Annette Duffy, Special thanks to Bent Hesselman 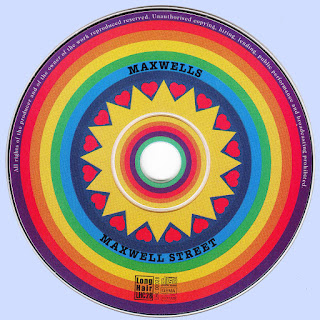 Free Text
the Free Text
Posted by Marios at 7:34 AM 2 comments: