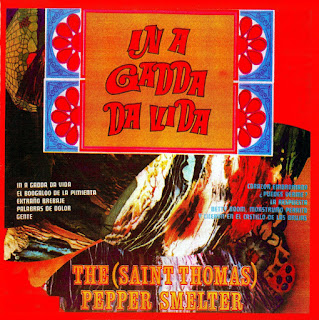 St. Thomas Pepper Smelter was formed by Gerardo Manuel Rojas on vocals and tambourine, Beto Tataje on rhythm guitar and lead guitar, Juan Carlos Barreda on bass and vocals, Carlos Manuel Barreda on drums and backing vocals (all from the famous group Los Shains), and Freddy Macedo on keyboards. Their first single was a cover of ‘Purple Haze’ b/w one of their own compositions, ‘A New Summer.’ The band then began to record their only LP. That album contains twelve tracks—six written by the band, and the other half cover versions.

The band’s music could be described as freak beat; in many ways, it is a preview of the garage /surf style of Los Shain’s, heading towards the heavy psychedelic rock of Gerardo Manuel & El Humo. At the time, St. Thomas Pepper Smelter simply called it “underground music.” Gerardo’s voice is soft in the band’s own songs, and aggressive on the cover tunes; his guitar style oozes fuzz. The foundation of bass and drums by the brothers Barreda is very powerful and strong; and the songs benefit from the layers of keyboard played by Freddy Macedo. 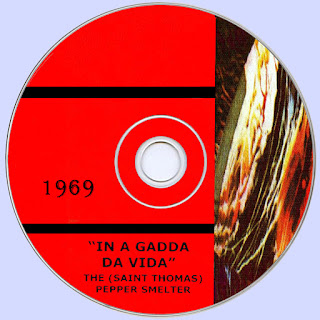