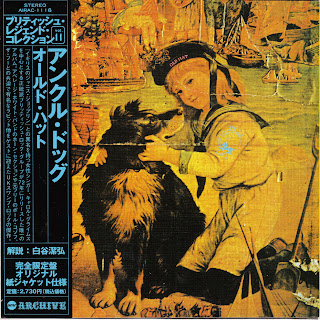 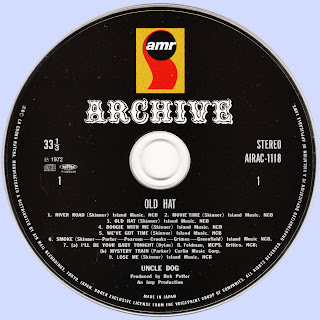 Writing On The Wall - The Power Of The Picts (1969 uk, heavy psych with prog traces, Repertoire 2000 digi pack edition) 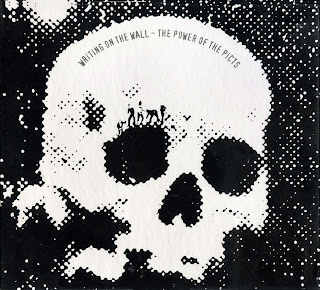 Writing on the Wall, from Edinburgh, Scotland is the epitome of an underground rock band. Their one and only album was entitled The Power of the Picts, released in 1969 on a label called Middle Earth (the band also happened to perform at the Middle Earth Club as well).

The label only had something like five albums released between 1969 and 1970 before disappearing. The band consisted of vocalist Linnie Paterson, guitarist Willy Finlayson, bassist Jake Scott, drummer Jimmy Hush, and keyboardist Bill Scott. Anyway, since this album came out in 1969, it should come as no surprise that Writing on the Wall sounds like how many other prog rock bands sound like at the time: not having yet abandoning their roots, in this case, hard rock, blues, and psychedelia. You can tell these influences right away from songs like "It Came On Sunday" or the ever heavy "Ladybird".

The real gems on this include "Mrs. Cooper's Pie", "Aries", and "Bogeyman". "Mrs. Cooper's Pie" is amazing, because with a title like that you might think it should sound some shitty song your mother sung to you in bed as a kid, but that's hardly the case at all! Basically, this is simply a wonderful, ingenious psych and prog number, with great Hammond organ work. "Aries" is the epic on this album, at over eight minutes, it really lets the band stretch out.

You'll hear some spoken dialog with a uniquely Scottish accent, some unbelievably heavy guitar riffs, and parts of it sounding like The Crazy World of Arthur Brown. Plus there's a way cool jazzy solo as well. "Bogeyman" is a rather short number, and it starts off the most stupid way: a polka version of the famous Scottish song played on concertina (a song that everyone associates with bagpipes), but it's only 30 seconds, and the real song come in, and it's a totally amazing heavy bluesy piece that's the total epitome of underground. "Shadow of Man" starts off borrowing from Holst's The Planets, then it kicks in with Hammond organ and spoken dialog not unlike "Aries". "Ladybird" is another song, like "Bogeyman" that shows the band at its heavier side.

Most of the rest don't stick out for me, a couple songs seem to drag on too long (particulary the last song, "Virginia Water"), but none of them are bad. "Hill of Dreams" is a rather mellow number, and also least bluesy, so it ends up sounding like many countless early '70s British prog rock bands. The CD reissue also contains two bonus cuts, "Child on a Crossing" and "Lucifer's Corpus", both were originally released as a single in 1969 on the same label The Power of the Picts was released on (Middle Earth).

Unsurprisingly, these two songs are in the very same vein and could easily fit on the album. Oddly, the band won't be heard from again until 1973, when they released a single called "Man of Renown" and "Buffalo", but no followup LP materialized. After that the band broke up, with Linnie Paterson joining Beggars Opera for their 1973 album Get Your Dog Off Me (Beggars Opera being a prog rock band also from Scotland, although you should apparently only worry about their first three albums, 1970's Act One, 1971's Waters of Change, and 1972's Pathfinder).

Willy Finlayson was later a member of the final verson of Bees Make Honey, and made a guest on Manfred Mann's Earth Band's Chance (1980) and was a member of Meal Ticket. The rest of Writing on the Wall, unsurprisingly, hadn't been heard since that band broke up. The Power of the Picts is recommended if you like the bluesy and heavy end of the early prog rock spectrum, although it falls short of being the long lost gem I hoped it was, it's still worth having.
by Ben Miler 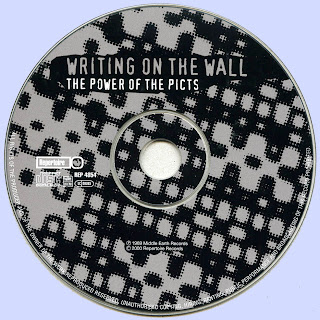