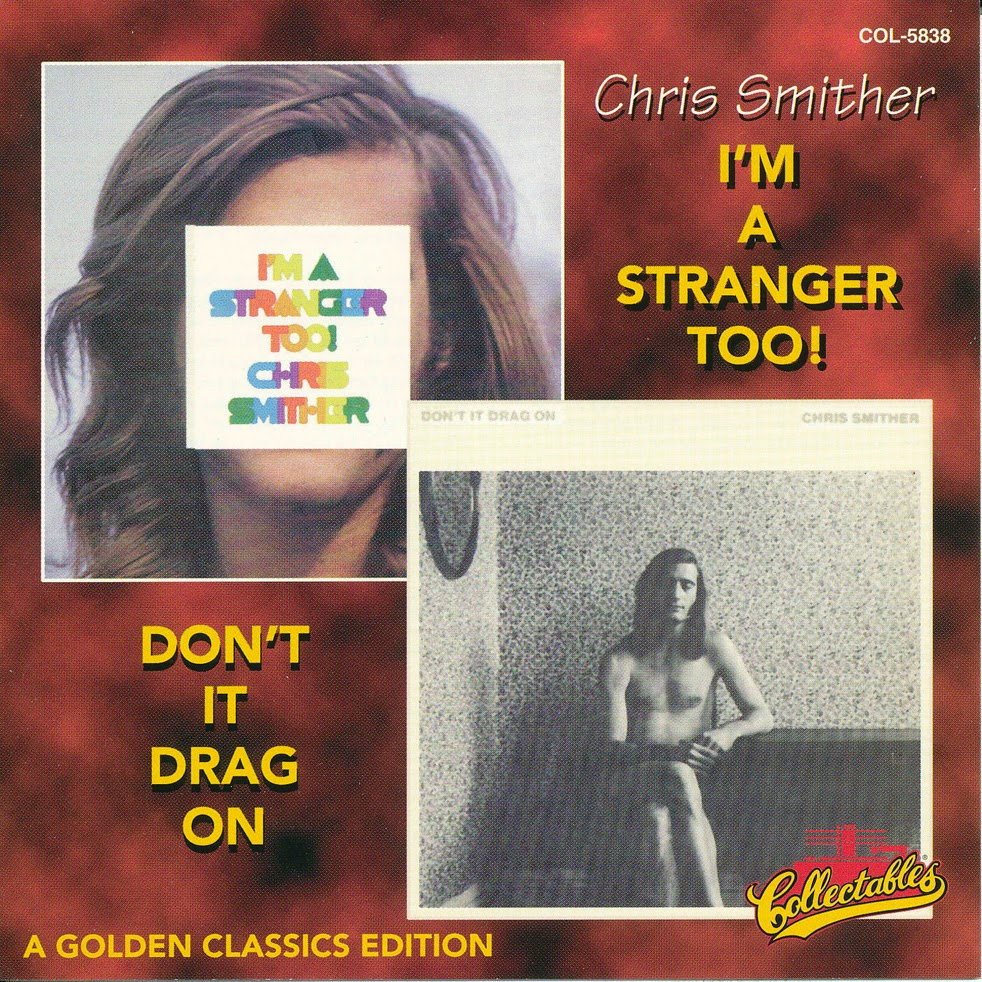 Chris Smither left New Orleans in the mid-'60s for Boston, and quickly became part of a booming Cambridge folk scene that also included Bonnie Raitt, who went on to make his "Love (Me) Like a Man" a folk-blues standard. He eventually signed a deal with Poppy Records, which led to the release of I'm a Stranger Too! in 1970.

Although he was just entering his mid-twenties, Smither's songs already had the insight and eloquence of some of the period's best singer/songwriters, yet with the roll of his Louisiana roots and a strong debt to bluesmen like Mississippi John Hurt, Willie McTell, and Lightnin' Hopkins. He also had a great ear for outside material, borrowing from writers such as Neil Young and Randy Newman. He went back a couple of years to Young's days with Buffalo Springfield for the innocence of "I Am a Child," as well as to a pair of more recent choices from Newman's (then just released) 12 Songs.

The production on I'm a Stranger Too!, built primarily around Smither's intricate, bluesy fingerwork and prematurely mature baritone, works best the closer that it's pared to the bone. As great as Newman's "Have You Seen My Baby" (the source of the album's title) and his own "Love You Like a Man" are as songs, the full band arrangements here seem a bit thin in comparison to some of the more stripped-down cuts. Smither went on to successfully re-record these and a few more tracks from the record (along with selections from 1972's Don't It Drag On) 20-plus years later, but there's still a certain charm to these early versions. I'm a Stranger Too! is a portrait of an artist who stepped onto the scene fully formed, yet still with plenty of room to grow.

With his debut, I'm a Stranger Too!, Chris Smither had already proven himself to be a rare combination -- a Cambridge folkie with roots in New Orleans, a great writer who knows when to look elsewhere for material, a masterful guitarist who understands simplicity and a powerful singer with restraint. Released in 1972, Don't It Drag On continues this mix and is every bit as good as its predecessor, maybe better. Smither's folk-blues have a soul and intelligence that mesh well with current covers by Bob Dylan, the Rolling Stones and the Grateful Dead, yet seems as ageless as Blind Willie McTell's "Statesboro Blues" (also included here).

Tracks such as "Another Way to Find You," "I've Got Mine" and "Lonesome Georgia Brown" are as enduring as contemporary blues and folk get. And while the bulk of Smither's material has a ruminative, melancholic tone, don't expect typical singer/songwriter fare. There's a maturity and depth to songs such as "I Feel the Same" (also recorded by Bonnie Raitt), "Every Mother's Son" and the title cut that's beyond that of most of his peers. Smither's originals may not have the energy of "Statesboro Blues" or Dylan's "Down in the Flood," but there's an easy, rolling assurance and plainspoken eloquence at work that more than make up for it. Smither went on to record one more album for Poppy, but was dropped by the label before its release.
by Brett Hartenbach 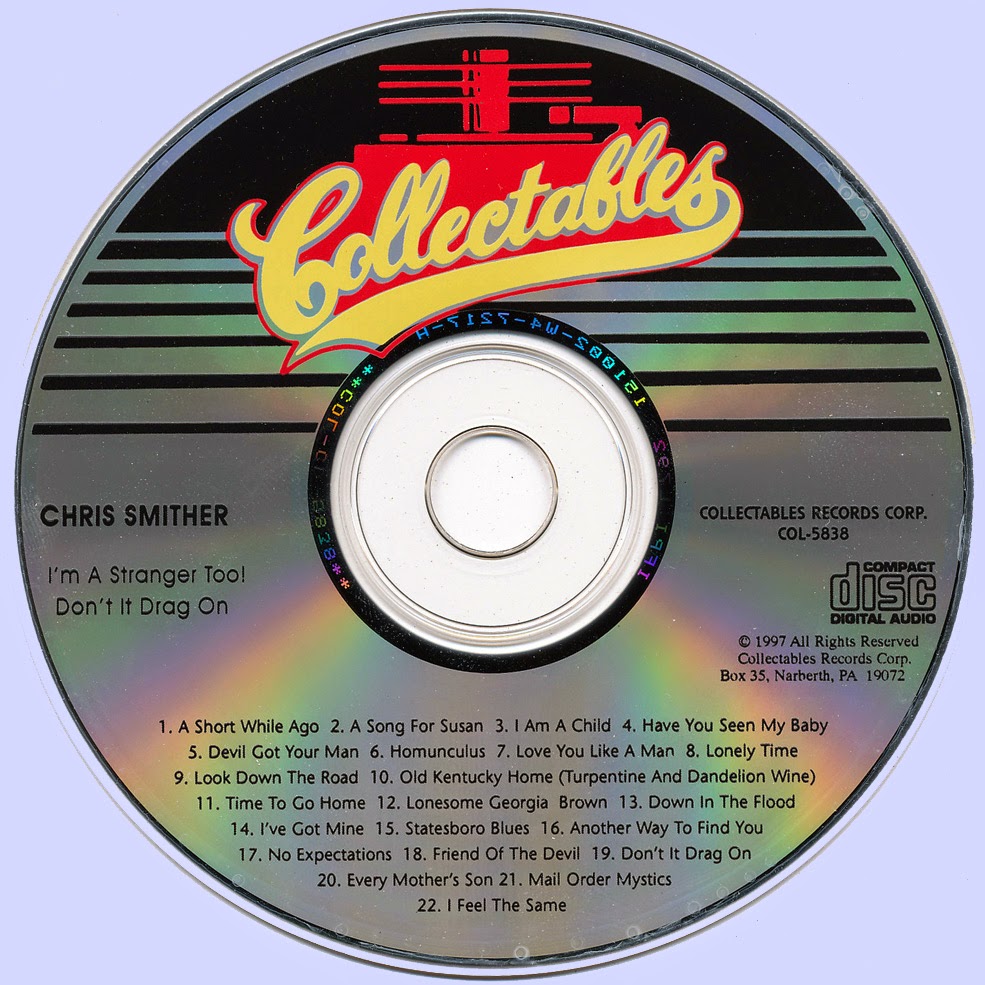