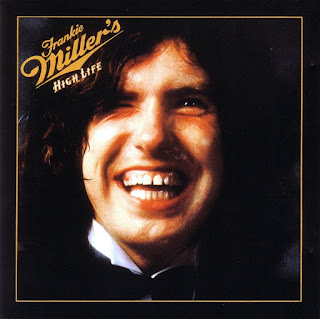 After Frankie Miller had recorded his debut album “Once in a Blue Moon”, with pub rockers Brinsley Schwartz, record company Chrysalis decided that what he really needed to bring out the best in his talents was a producer. Miller suggested three, Phil Spector, Jerry Wexler and Allen Toussaint. Never really believing any of them would come to fruition Miller told them his preferred choice was Toussaint. Chrysalis duly shipped a copy of the first album over for Toussaint to hear, without any great expectation of agreement. At that point Toussaint had never worked with a white artist, let alone on an unknown one. Toussaint however was more than a little impressed with Millers soulful delivery and Miller was soon booked on a flight.

The result was the album “Highlife”. An album which many believe to be Frankie Miller’s finest but which he subsequently disowned after Chrysalis ordered a complete remix after the album was recorded. There is no doubt that Miller’s vocal performance is top notch throughout but you also get the feeling that the final sound is just a little too polished and he is a little too high in the mix. The original mix had, on Millers request, been left as rough and gritty around the edges as possible but Chrysalis insisted it was given a ‘Philly’ mix. A sound which Miller hated.

Songs wise the album is a mixture of Miller and Toussaint originals and includes three original versions of Toussaint compositions that went on to be hits for others. Namely ‘Brickyard Blues’ for Three Dog Night, ‘Shoo-Rah’ for Betty Wright and ‘I’ll Take a Melody’ for Hues Corporation.

The title track which opens the album is surely one of the most criminally short songs ever recorded. Quite why it wasn’t extended to the length of a proper song is beyond me. At only 58 seconds it can barely count as anything more than an introduction. Despite this it sets the mood perfectly so maybe that was indeed the intention. Toussaints simple piano intro doesn’t hint on whats to come with ‘Brickyard Blues’ though as Miller launches into a fully fledged soulful blues soaked vocal. It is not difficult to see why he was being referred to as the white Otis Redding by many. An acoustic guitar leads into a more country and rocky track ‘Trouble’. The organ solo is perhaps a little too understated and this is surely one of the songs that would have benefited from a punchier mix. The same can be said of ‘A Fool’. Although to be fair this one does at least feature a more prominent guitar and horn sound in the solo and instrumental passages. Miller is still too high in the mix though throughout the verses and chorus. The organ is back to the fore for ‘Little Angel’. A song which is very reminiscent of the style Millers career would take on his “Full House” and “Falling In Love” albums of the late seventies. Toussaints ‘With You In Mind’ was another perfect opportunity for Miller to emphasise his natural ability to deliver a blues soul vocal with a raw gritty edge. Also recorded by Gladys Knight and Aaron Neville amongst others, Toussaint still maintains this Miller version is the best.

‘The Devil Gun’ written by Miller is the track that is closest to those he recorded later in his career and is the one that straight rock and blues lovers will like the most. Almost a blueprint for the 1975 album “The Rock” it is by far the rockiest track on the album. It is also arguably the best. ‘I’ll Take a Melody’ follows and Miller has quite openly stated that he didn’t really think much of it as a song. That is certainly not evident in his performance though although I’ll agree that the end section may go on just a little too long. ‘Just a Song’ probably has the nicest melody on the album. It starts with a simple vocal over a piano before the horns and the backing vocalists come in for the chorus. It is probably my favourite track, despite most people overlooking it. Like ‘Highlife’ I would have liked to have seen it extended a little longer. ‘Shoo-Rah’ ups the tempo considerably and has a great horn break in the middle. It is a country mile better than the Betty Wright version …. and that was pretty good ! The closing ‘Falling In Love Again’ displays Miller at his gritty best. A build up not dis-similar to a Free track leads into Miller snarling over an understated swirling organ. The song still comes across as something of a menacing threat despite the unhelpful mix. It is pretty obvious why former Free bass player Andy Fraser wanted to build his new band around him as the Paul Rodgers comparisons are clear.

Sadly “Highlife” didn’t provide Frankie Miller with a hit record or become a springboard to worldwide fame and riches despite the critical acclaim it recieved at the time. It did, however, pave the way for several other British singers to go down the Allen Toussaint route. Most notably Jess Roden who like Miller has never been given the accolades he deserves. “Highlife” is without doubt a superb album and is still one of my most played. Whether or not it is his best is open to debate and personally I can’t decide.
by Martin Leedham, February 2011 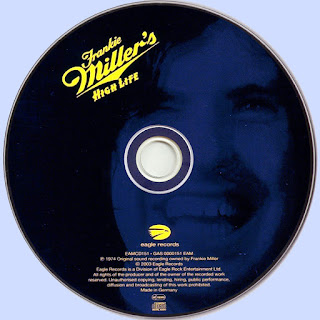