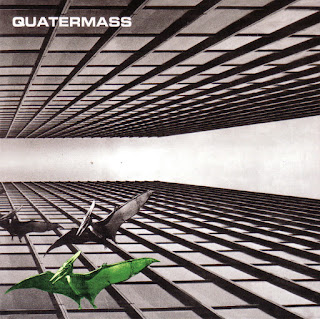 When the British Blues movement morphed into the riff-rock wing of progressive music, the focus of most groups remained the heroic lead guitarist. It was a brave outfit that elected to do without the fretboard god altogether. Having been persuaded by the success of Keith Emerson’s guitarless latterday Nice that it could work, a select few elected to structure themselves as a trio comprising a showboating keyboard player, a punchy drummer and a bassist who could handle lead vocals. Emerson recruited Greg Lake and Carl Palmer into his eponymous ensemble; Dave Stewart salvaged Egg from the remains of his school band Uriel, sans Steve Hillage; and three veterans from the British Beat Boom came together as Quatermass. One of these three acts would go forward to worldwide acclaim and the sickly smell of excess, the other two to a brief second-division career and oblivion.

Quatermass could have been as big as ELP; they had the chops, the experience and the contacts. Bassist/vocalist John Gustafson had been in the Big Three, the Liverpool guitar trio that all the other Cavern/Hamburg bands looked up to for their musicianship. Drummer Mick Underwood had served time with Joe Meek’s legendary house band, the Outlaws, alongside Richie Blackmore. Keyboardist Peter Robinson had backed hugely popular R’n’B shouter Chris Farlowe. All three were also in-demand studio sessioneers. They came together in a late lineup of Episode Six, the band that had provided a further two-fifths of Deep Purple, and decided to stay together when the Six finally folded. Taking their name from the classic sci-fi TV show, and rapidly signing to premier UK prog-rock label Harvest, their first album appeared in May 1970 . . . and despite strong reviews, undeniable quality and a splendid gatefold sleeve by Hipgnosis (of Pink Floyd fame), disappeared just as rapidly from the shelves. Its poor sales, an unsuccessful US tour and demand for their services from other nascent bands ensured that there wouldn’t be another. Quatermass broke up in April ’71.

Forty years later the reissued, extended album still exudes quality. Gus was a funky, syncopative Fender bassist with a strong cock-rock voice in the Rodgers/Gillan mould. Robinson combined fruity blues and soul licks with a sly jazzy atonality and just enough classical nous not to become overbearing like the ELP mainman, whilst freely overdubbing Hammond organ, electric and acoustic piano, Mellotron and Moog. Underwood provided the solid, John Bonham-style groove that held the three musicians tightly together. The whole had a no-nonsense rocky edge distinctly uncommon in keyboard-centric prog. The album mixes short, precise three-minute songs like the soulful single “Black Sheep Of The Family” and the gently psychedelic, harpsichord-led “Good Lord Knows” with eight-minute keyboard workouts typical of the live act, notably the ferocious bluesy soloing on the riff-based “Up On The Ground”, the jazzy, fully-orchestrated block chording on “Laughin’ Tackle” and the ring-modulated funk of the instrumental outtake “Punting”. Robinson’s genuinely exciting yet tasteful keyboard skills, especially on the B-3, ensure that none of these outstay their welcome. Keith Emerson might usefully have taken note.
by Len Liechti 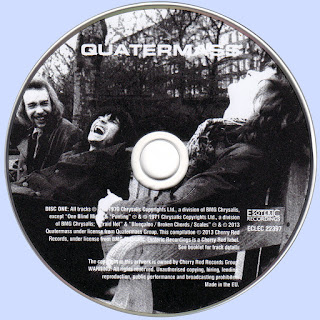