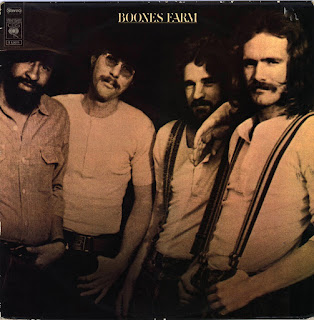 Here's another big label release that has left precious little biographical information behind it.  Good luck finding out much about this short-lived  early-1970s California-based quartet, let alone locating a decent review of their sole 1972 release.

During high school drummer Fred Darling and guitarist Gary Stovall played together in the band Churchill Downs.  After school the pair relocated from Idaho to Southern California and began to enjoy some late 1960s local success on the L.A. club circuit when Darling got his induction notice, bringing the band to an end.  Completing his two years of active duty in the Army, in 1971 Darling returned to L.A. where Stovall invited him to join a band he'd just put together.   Featuring Darling, Stovall, bassist Brad Palmer, and singer Kent Sprague, while not exactly ground breaking (but still rare in rock circles), the quartet's integrated line up and country-rock moves attracted the attention of Columbia Records which promptly signed them to a contract.

Produced by Jim Messina (of Loggins and Messina fame), 1972's cleverly-titled "Boones Farm" was clearly intended to appeal to the growing country-rock audience (just check out the cover photos that made the quartet look like they had just finished a cattle round up).  Largely written by Sprague and Stovall with the other two members contributing, tracks like the acoustic ballad 'She's So Good', 'The Me Nobody Knows', and 'If You Can't Be My Woman' had a distinctive country-rock edge, complete with acoustic arrangements and some nice Crosby, Stills, Nash & Young-styled four part harmonies (check out 'Love has a Mind of Its Own' for a taste of the comparison).

That said, similar to era-competitors like The Buffalo Springfield, The Byrds, or Poco their roots were far more diverse and the collection included a healthy dose of  conventional rock.  In fact, over half of the album was straight ahead rock.  Powered by Sprague's deep, soulful voice, 'Good Old Feelin'', 'Play Children Play', 'Livin' Together', 'The Me Nobody Knows' and the blazing 'So Much Wrong' (with a killer Stovall guitar solo) were all first-rate, out-and-out rockers that would have sounded fine on FM radio.s you wonder how these talented guys fell through the cracks when so many far less talented outfits made it onto the charts ...   Another one that sounds better the more I listen to it and you can still pick up on the cheap.
Bad-Cat 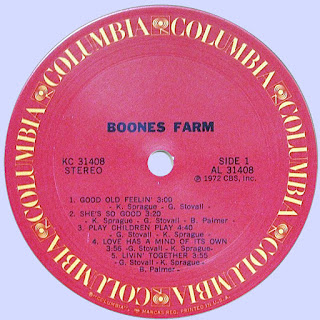