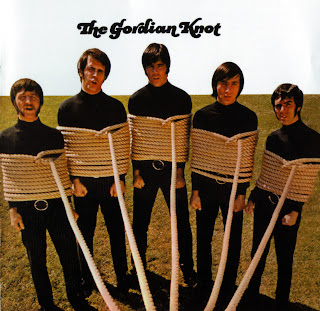 Gordian Knot was a short-lived band from southern California by way of Mississippi. They released only one album, a terrific soft rock/harmony pop effort produced by Clark Burroughs of the Hi-Lo's. Original pressings are considered highly collectible and valuable. The group formed at the University of Mississippi and was led by ex-Mississippi all-American quarterback/guitarist/lead vocalist Jim Weatherly, a native of Pontotoc, MS.

The group caught their biggest break after they appeared at a party thrown by Nancy Sinatra, who apparently liked them so much that she asked them to accompany her on a USO trip to Vietnam. According to their liner notes, they were "one of the few groups since the Beatles to possess genuine charm...not a phony show biz glucose charm, but the real thing." The bulk of the songs for their album were written by Weatherly, and have an edgier, husky country-rock vibe compared with those written by Leland Russell, whose beautiful tunes are comparatively similar to the Association's (Burroughs, it should be pointed out, was also a vocal arranger on the Association's Insight Out and Waterbeds in Trinidad! albums). "One Way Street" is the band's lone obligatory jug band entry.

The bandmembers also appeared as themselves in a 1968 MGM teensploitation flick called Young Runaways, performing an original entitled "Ophelia's Dream." A few years after the release of this album, Weatherly moved to Nashville and became a country singer/songwriter, penning a handful of hits. Weatherly's biggest success as a songsmith came in 1973, however, when he wrote five of the nine songs on Gladys Knight & the Pips' Top Ten album Imagination, including the soulful "Best Thing That Ever Happened to Me" and "Midnight Train to Georgia" ("Midnight Plane to Houston" was the original title), a pop and R'n'B number one smash in September 1973.

It scored two Grammy awards the following year. Weatherly recorded several albums for Buddah in the mid-'70s, and a few on ABC and Elektra. He has since co-written with younger country acts and provided Vince Gill, Bryan White, and others with hit songs.
by Bryan Thomas 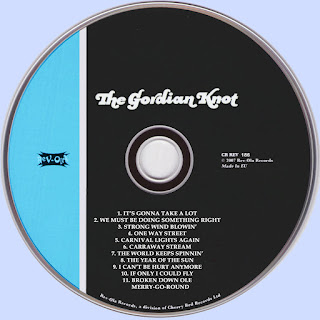 Free Text
Text Host
Posted by Marios at 5:53 AM 6 comments: