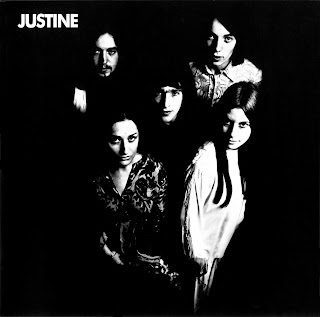 Though this obscure 1970 LP falls into the general folk-psych-rock category, its focus is so all-over-the-place that it's hard to get a read on it. At times the record seems very influenced pop and whimsical psychedelia,by the side of American folk-rock, particularly in the blends of male and female vocal harmonies, which are extremely reminiscent of the Mamas and the Papas' approach in places.

Yet there are also songs that have a more specifically British, gentle reserved acoustic quality; a character portrait of "Mr. Jones" with a whimsical British feel; and occasional off-the-wall burning fuzzy psychedelic guitar. At its most mature, it's slightly similar to, if an obscure reference point is allowed, the folk-prog-rock recordings that Giles, Giles & Fripp made as they were morphing into King Crimson (though not nearly as inspired).

The first track 'Flying' lives up to it's title with flute fluttering, swooning strings and tight harmonies. The songs mix the innocent, quirky and strange to heady effect. The songs are fairly unique in folk as they mix in horns which expands the mix giving a warmth that folk sometimes finds hard to achieve. In the last track they create a classic that lives up literally to it's title of 'Amazing Journey'. It starts with folk guitar, introduces fuzz guitar then wah wah builds to a crescendo and drops back to a delicate folk ballad within the first minute. It builds up introducing 'A Day In The Life' style strings and massed vocals.

Towards the end it explodes with a staggeirng number of layers that Roy Wood in The Move was expert at. Strange effects come in, wild guitars solo, flutes, horn and strings abound and a propulsive rhythm section drives the whole thing explosively as the singer moves from folk whispers into Robert Plant style wails. An excellent track on a most enjoyable album which shows the link between the earlier psychedelic sound and the later musical indulgence of progressive rock.

Beautiful rock-psychedelic-folk-pop songs with great harmonies. Several items are very good and show all the skills of the band. A great album to listen calmly, slowly, enjoying every note and nuance of the songs, make sure a smile on your face, and possibly the goosebumps on your arms. Air rather melodic, like a
nice summer breeze. This disc contains an unsettling psychedelic buildup that gradually explodes into a strong sense of satisfaction. You'll notice many classical music influences West Coast, but this album is recorded in London in 1970. All tunes are composed by John and Keith.
by Adamus67 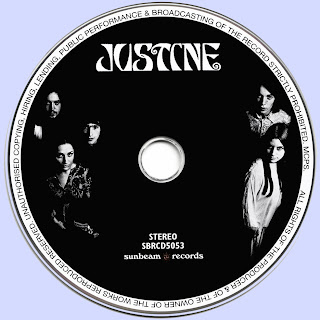 Free Text
Text Host
Posted by Marios at 6:40 AM 7 comments: