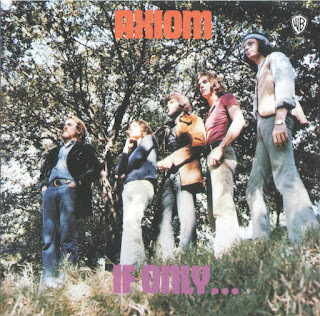 In September Warners flew them to Los Angeles where they recorded the remaining tracks for their second LP If Only... with Talmy. They returned to Australia for a few months in November 1970 and then headed back to England in February 1971. If Only was released in March 1971, just after the band split. Talmy was interviewed by music writer Richie Unterberger in 2000. Almost thirty years down the track, he still spoke of Axiom group and the album in glowing terms:
"Warner Brothers hired me to record them. Super-duper band. It was a super album. Two weeks before the album was to be released on Warner, they decided to break up. And they did, and Warners said, "Bye!! If you think we're promoting this album, you're out of your fucking minds!" I was real pleased with that album. It was fun to do, they were talented, the songs were great."
Coming from the man who produced such classics as "My Generation", "You Really Got Me", "Friday On My Mind" and "Waterloo Sunset", this is high praise indeed.
Axiom had their third and last Aussie hit in early 1971 with the first single lifted from the LP, "My Baby's Gone" (the verses of which bear a suspicious resemblance to the 1980s World Party hit "Ship of Fools"). The only surviving videos of the band are performances of the song from Happening '71 and the shortlived Channel 9 pop show Move, and they also filmed a promotional clip for the song, one of the first such clips made in colour in Australia. Given that Australia wasn't to get colour TV for another four years, this was clearly done with overseas markets in mind. When released in January, the single did extremely well -- it was Top 10 by February, peaking at #8, a fact that is at odds with conventional wisdom, which says that interest in the band was waning while they were away in England.
Unfortunately the difficulties of slogging it out in England and cracking the international market undoubtedly took their toll, and it seems there was growing tension within the band by the start of 1971 and Lebler and Mudie both quit, following Doug Lavery into The Mixtures in March, which precipitated the band's break-up. Sadly, as Shel Talmy relates, this came only two weeks before If Only... was released. One can only speculate on the result if they had been able to stay together to promote it. Both album and single were released later that year in America but in the absence of the band, they sank without trace.
Brian Cadd continued to write and record with Don Mudie. They returned to Australia and released a duo single in late 1971, after which Brian hooked up with Ron Tudor to form the Bootleg label. He enjoyed a hugely successful solo career in the '70s and '80s both in Australia and overseas. He moved to America in 1975 and became a prominent member of what was dubbed the "Gumleaf Mafia", the group of Aussie expats based in L.A. that included John Farrar, Billy Thorpe and Olivia Newton-John. In recent years he has also been a member of the reformed Flying Burrito Brothers. He returned to Australia in the early '80s and eventually settled back here in the early 90s. He has worked regularly on the club and casino circuit since then. During his 1999 tour Cadd and his first wife had a 'close shave', and had to be rescued by a passer-by after their car was swept off a bridge on the Gold Coast during local floods. Brian continues to perform as well as running his own record label, among other music interests.
Glenn Shorrock returned to the UK for several years, singing and recording with the multi-national group Esperanto, before accepting an invitation to team up with members of Mississippi, which soon became the mega-successful Little River Band. Glenn reunited with Brian Cadd in 1993 for the album Blazing Salads.
Chris Stockley went on to a very distinguished career in the 70s with The Dingoes and Stockley, See & Mason.
Unfortunately we have no current information about the later careers of Don Mudie, Doug Lavery and Don Lebler, so if anyone can fill us in, we'd love to hear from you!
Milesago 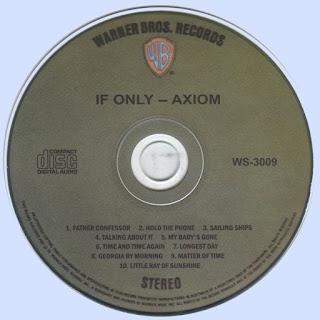