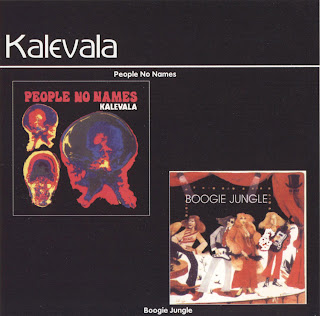 As some might know, Kalevala (Kale's Land) is the name of a Finnish cultural treasure - a collection of written mythical legends about the hero Kale. “People No Names” (1972) is among the best of Nordic albums from the 70s.
Included were several beautiful instrumentals evoking pictures of freshwater lakes and pine forests, such as "Where I'm From" (first and last part), "Waves" (a fantastic impersonation of a jazzy Frank Zappa adding Leslie-treated organ!) and "Escape From The Storm". Leslie effects are frequently used tastefully on the lead guitars.
The vocal tracks are even more effective due to Harri Saksala's weird but magnificent vocal style. His illustrious past included time with the groups Topmost, Soulset and Apollo. After the first Kalevala line-up broke up, he initially joined Punaise Langa before moving on to another short-lived group named Manifest with guitar player Hasse Walli (ex-Blues Section and Piirpauke) and keyboard player Jukka Linkola (before he joined Finnforest).
Almost three years later, Kurkinen and Salonen recorded a new Kalevala album with new recruits. Jim Pembroke wrote the lyrics to both “Boogie Jungle” and Abraham's “Blue Refrain”, but he also seemed to influence the new Kalevala's good-natured rural American rock sound. Matti Kurkinen sadly died in a car accident soon after.
He had been a good friend of Pekka Pohjola from adolescence. The music on the last album, widely known by continental collectors due to its French release on Crypto, was mainly written by Leppänen.
from Scented Gardens of the Mind 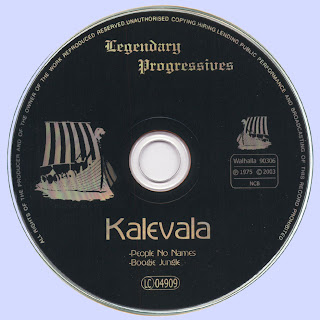 Free Text
Just Paste
Posted by Marios at 8:40 AM 5 comments: