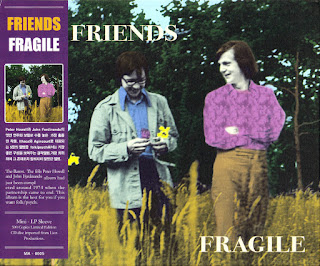 The rarest, and I would dare to say best, folk/psych album from Peter Howell and John Ferdinando, musical brainchildren behind Ithaca, Agincourt, Alice Through the Looking Glass, and Tomorrow Come Someday. This fifth Howell/Ferdinando album had just been completed in or around 1974 when the partnership came to an end. Howell had been working at the BBC as a studio manager since 1970 (he'd provided a stiff upper lip voiceover for John Peels Top Gear shows), but he was now offered a position with the BBC Radiophonic Workshop, which he accepted, and still holds. An album so incredibly rare (only a single acetate exists), that many have doubted the album’s existence… until now! “Friends” still has the recognizable Ithaca and/or Agincourt sound, with lead vocals mainly by Peter Howell mostly, but with all the same elements and participants, and four tracks featuring the lovely vocals of Ruth Cubbin. A pastoral psychedelic folk stroll in the sunshine, with a few tracks reminiscent of 60's soft psych. Very good!!”
Lion 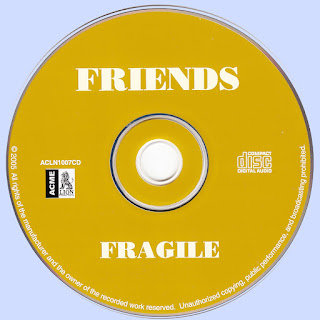 Free Text
the Free Text
Posted by Marios at 6:49 AM 1 comment: