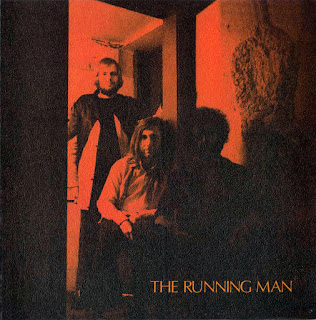 Ray Russell has had quite the glittering career. Setting off at age 15 with the John Berry Seven, the guitarist went on to play with the Graham Bond Organisation and then Georgie Fame & the Blue Flames. Eventually, Russell would lend his talents on-stage and/or in the studio to a plethora of performers, from Tina Turner to Lulu, the Bee Gees to Phil Collins, and branching out in the '70s to compose for the small screen. Amidst this busy career, Russell also put together the odd band, like the Running Man, whose sole, eponymous album was released with little fanfare in 1972. The core trio of Russell on both guitar and bass, vocalist/organist Alan Greed, and vocalist/drummer Alan Rushton was supplemented by Harry Beckett on trumpet and flügelhorn and the late Gary Windo on tenor sax.

The album sold poorly, guaranteeing its rare status today, and one listen to this reissue makes clear why, even at the proggy heights of 1972, this set made little attempt at accessibility or commercial appeal. And then there's its eclectic sound. "Higher and Higher" bristles with the sound of Space Oddity-era Bowie, before swooping into the synthscapes of the '80s. "Another," too, is far ahead of its time, a power ballad that slides into almost ELP-like pomposity, then dramatically alters course down an upbeat, jazzy byway. "Hope Place," in utter contrast, rings of late-'60s experimentation, with the funky bassline colliding with proggy guitar, while Windo's sax screams overhead -- think Cream in a particularly pugnacious mood.

The title track, too, is Cream-flavored, with a thundering slab of a riff that pummels its way across the grooves, its chant-along chorus suggesting this was meant to be the group's anthem. "Look and Turn" turns to R&B, but in extreme fashion, with Russell's searing guitar lead and pumping bassline the focus. "Spirit" is a soulful howler, its agitating bassline and screaming guitar further rent by Greed's shout-to-the-rafters vocals. This reissue adds a bonus track, again titled "Spirit," but this is less an alternate version than a prolonged experimental outro to the original number. Defying easy description, The Running Man is deliberately unfocused, defiantly experimental, and in its own dizzying way, a grandiloquent excursion into the deepest recesses of early-'70s rock.
by Jo-Ann Greene 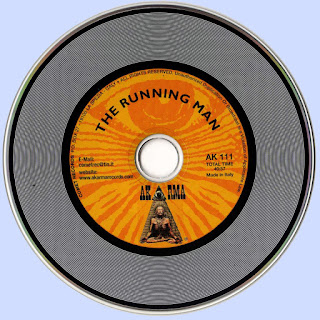