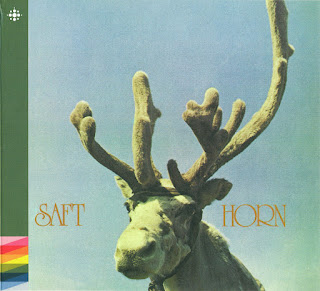 Rock band from Bergen, formed in late 1969 , and disbanded  in the spring of 1974. They  had several reunions since then. Saft was among the first rock bands to sing in Nynorsk ("Fjovisere" in 1971), also made history when they won the European summit with "People In Motion" in November 1971.
The members of the first Saft incarnation came from other established Bergen bands: Ove Thue (vocals, guitar), Tom Harry Halvorsen (keyboards, vocals) and Trygve Thue (guitar, vocals) from Neither Nor, Magne Lunde (drums) from Human Beings, and Rolf Skogstrand (bass) from various - including Human Beings. The band had ample opportunity to play in the hippie musical Hair on the National Stage in Bergen in the autumn of 1970. A recording from the performance was released on LP by Polydor just before Christmas 1970. Saft made a demo recording of their self-composed material at about the same time, and a contract deal with Polydor.
In summer of 1971 they released "People In Motion" / "Albertine Hall", which was a big success and critical aclaimed. The record was chosen as Norway's contribution to the European Summit on November 20, 1971. “Horn” was their second album released in 1971 an experimental record with diverse styles, and improvisations with all members contribute in songwriting. 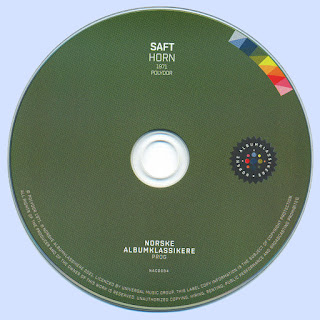