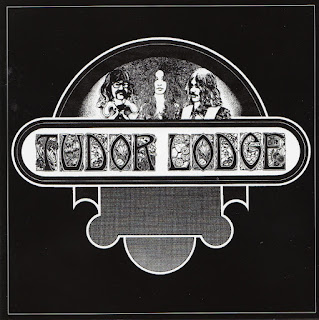 Tudor Lodge was originally formed in 1968, featuring John Stannard and Roger Strevens. The group started playing at the White Horse in Reading, England and later made appearances at other clubs on the folk circuit. In 1969 Lyndon Green replaced Roger. Lyndon had just returned to England after treading the hippy trail to Turkey and within a year they were joined by American singer and flautist, Ann Steuart. Tudor Lodge then toured the English folk circuit for over two years, teaming up with manager Karl Blore in March 1970, and releasing their first album in 1971: “Tudor Lodge” (Vertigo 6360043). Later that year, the group appeared at the prestigious Cambridge Folk Festival and also at Weeley Festival in Essex.
Annie left the group in 1972 and was briefly replaced by Linda Peters, who became better known through her work with husband Richard Thompson. That year saw Tudor Lodge touring Holland where they featured on Dutch Radio after which the group disbanded with their various careers diverging.
Tudor Lodge
The eponymous debut album by Tudor Lodge taps into both the perpetual collectibility of the early-'70s Vertigo label catalog and the mid-2000s' growing fascination with British folk-prog of the same era. The trio of Lyndon Green, John Stannard, and Ann Steuart, backed by a heavyweight band of folk and classical legends (the redoubtable rhythm section of Danny Thompson and Terry Cox included), Tudor Lodge were unashamedly pastoral -- their music is the sound of a summer's day in centuries past, where "grey-backed squirrels run to safety," ("Forest"), ladies "disappear into the sunset, shrouded in organdie and wine" ("Willow Tree"), and even bloody battlefields become a place for quiet contemplation ("Help Me Find Myself").
And, all the while, clarinets twinkle, violins sigh, and cellos call to one another across the verdant fields. Recorded in a mere two weeks in early 1971, Tudor Lodge is very much a child of its times -- hopeful, gentle, and so delicately melodic that, even with harmonies hurtling like asteroids across "I See a Man," there is a Spartan simplicity to the record that surely exacted a major toll on the latter-day likes of Belle & Sebastian -- a comparison that the almost raunchy guitar and psych-soaked wah-wah of "The Lady's Changing Home" only amplifies. In its original vinyl form, Tudor Lodge was released in a grandiose six-panel die-cut sleeve, decorated with the intricate penciled sketches of artist Phil Duffy. In common with Akarma's other Vertigo reissues, this fabulous packaging has been restored in its entirety. Like the music, it's breathtaking.
by Jo-Ann Greene 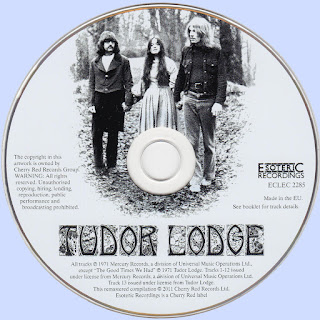