White Witch - A Spiritual Greeting (1974 us, integrating prog, glam, psych elements into something of a hard rock sampler) 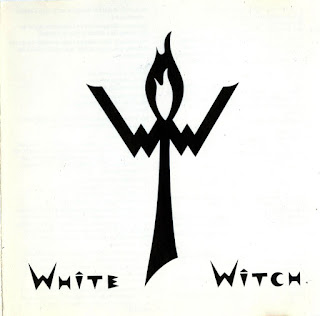 Formed in Tampa, Florida by guitarist Buddy Richardson, a veteran of the late-60s and early-70s Florida scene (The Outsiders, Soul Trippers, Noah's Ark), White Witch played an eclectic mix of psychedelia, prog, power pop, heavy Southern rock and glam rock, with painted faces, powerful vocals and some strange lyrics.
They developed a devoted live following around the southeast, and their two albums (on Capricorn Records) are highly rated by some, ignored by others. Flashy vocalist Ronn Goedert was renowned for his histrionics; he sounded like a more glam Robert Plant. Some say he influenced Axel Rose, but that's debatable. Goedert passed away in 2000, as did keys man Buddy Pendergrass in 2003. Remaining members have played sporadically over the years. Highlights include "Home Grown Girl" from the first LP. "Showdown", "Class of 2000", and "Walk On" from 'Spiritual Greeting'.
Regardless of their obscurity, White Witch was versatile, often surprising, and always listenable. Lead singer Ron Goedert was a vocal chameleon, and the band was equally adept at playing heavy and with finesse. The addictive "Showdown" sounds like a gutsier version of Supertramp or a poppier Deep Purple, and trippy tracks, "Crystallize and Realize" and "Class of 2000" could almost pass for lightweight early Genesis. "Walk On," the album's best song, is a lilting stroll that would stand out on any of the Kinks' '70s concept albums.
While the group's philosophy is never exactly clear, lyrics referencing the Book of Revelations and Jean Harlow (in a single song) make for interesting listening. And whether sounding like a leather-lunged Brit screamer or a ringer for Ray Davies, Goedert delivers even when the songwriting doesn't. Although A Spiritual Greeting was, in fact, the band's farewell, it's a satisfying slice of  hard rock.
by James A. Gardner 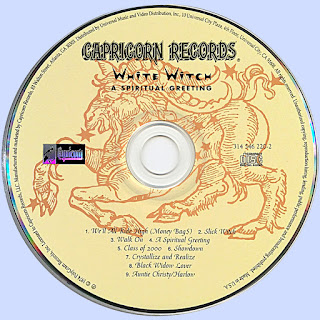