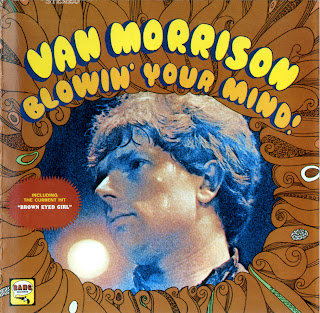 Van Morrison...turbulent...today...inside....a mult colored window through which one views at time  himself and his counterself. Van Morrison...erratic and painful...whose music expressed the now! Unreal now!! the right now of his own road, his ancient highway.

Born and raised in Ireland of mother and music and radios of stained wood and torn doth speakers that touched upon him with few but precious fragments of South and Soul...a different introduction for the Belfast boy of typical destiny who counted thousands of picket fences, decayed; leading him to Conservatory and the brass future of sound and distance. His books; his cathedral and one might have suspected no strange parallel within the cluttered floors and shelves of his library....Mother England and Muddy Waters...Land of Eire and Leadbelly... soldiers of bloodless legions and the endless army of notes whole and quarter skipping across the lines; the miles of his own battalions of music and music.

For Morrison no purpose of clouded lyrics promising jungles of purple birds or heavens of wish granting angels...for Morrison it was an infinite yearning, a hope to express the shape and smell of sheets embracing life and death...for Morrison it was and is the uncanny drive to hum of pain and women...to hum of small spaces between bed and floor...to sing of flesh and inflict...to toss darts at clouds of intangible super-structures and fantastic shapes and still hold tight to the real of dust of bottles and heartbreak.

"She comes to my room and sits on my bed and makes me feel so good." This from his pen, this from the group he formed "Them" and suddenly stardom, through the streets of London and recording studios all electric and surrounded by men of coin and dialect and repeating over and over "come on baby...once more, we got a hit" and Van blows and Van sings and Van screams and Van listens and Van says, "up them all" and becomes Van and what the hell that's his friend and now he can live with himself. He's on the golden heels of success and his recordings are ubiquitous "baby please don't go" from the down home weed country of the United States of Afro America.

This LP is Van Morrison. We won't explain it to you. With this one, go for yourself.
by Bert Berns, 1967, Original Album liner notes. 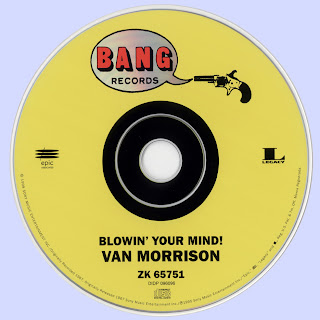