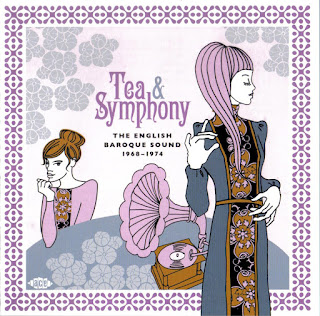 The English baroque sound of the late 60s and early 70s shunned guitar solos for string quartets and woodwind, drenched in summer-into-autumn melancholy, as heard on this collection of the genre’s finest moments.
When psychedelia had run its course in Britain, the predominant trend was to get hairier, heavier and more long-winded. Some reverted to the pure blues boom of the mid-60s, with Fleetwood Mac leading the way; some toughened up, forging the first wave of heavy metal; some loosened up, bringing jazz and folk into the equation and creating what would become known as progressive rock; others found solace in the rural sloth of the Band. Many musicians, however, were still hung up on the trappings of psychedelia’s homegrown strain, having found a musical home in its mournful evocations of Victoriana, its village green gentility, its nods to the pleasures of suburbia and its church bells softly chiming.
As the advent of the singer-songwriter offered another possible avenue for these refuseniks, a new brand of pop was discernible – the English baroque sound. It made great use of string quartets, woodwind, and summer-into-autumn melancholy. This was a sound informed by the Zombies’ “Odessey And Oracle”, the weighty chamber pop of the Bee Gees and Scott Walker, with a contemporary dash of Crosby, Stills & Nash harmony; it would survive as a viable format until surprisingly late, with some tracks on this compilation nudging the mid-70s. The urtexts had all been Paul McCartney’s: the bereft strings of ‘Eleanor Rigby’; the buttoned-up, parlour arrangement of ‘For No One’; ‘Your Mother Should Know’’s sepia nostalgia and insistent piano; the entire acoustic corner of “The White Album”. Just add harpsichord and a cor anglais to the mix, and there it was.
The first “Tea & Symphony” collection was released in 2007 on the Sanctuary label. The first official compilation of its kind, it was partly inspired by the groundbreaking, European-based “Fading Yellow” series which, since the turn of the new century, had been feeding and informing pop-hungry 60s/70s fans looking for something a little more melodic than Comus or Leafhound. Unfortunately, the sudden demise of the record company meant “Tea & Symphony” hardly made it into the shops. This compilation has four tracks in common with its ancient ancestor.
To the delight of people who thought the mine was exhausted, previously undiscovered gems by artists such as Matthew Bones, Erasmus Chorum and Les Payne continue to be unearthed. Here are 23 of the genre’s finest moments. Make yourself a pot of tea, find yourself a comfy armchair, place a ginger cat on your lap, and sit back.
by Bob Stanley 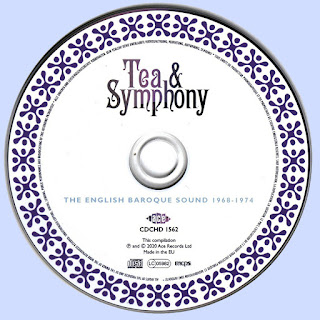