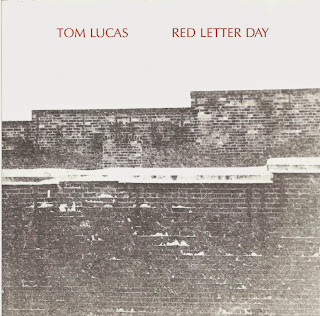 Tom Lucas was born in Central New York, not far from the city of Geneva. His father was a freelance writer who saw hundreds of his articles published, many in National Geographic. Sadly, he was hit by a car when Lucas was a young boy, and subsequently suffered mental difficulties severe enough to require admittance to a mental institution. A fundamentally different man when he was released, he no longer wrote, but in a strange twist of fate became a professional golfer, and held court at Oak Hill Country Club in Rochester, NY for many years. Meanwhile, Lucas' mother, a nurse, was in charge of Tom and his brother and sister. They moved in with Lucas' maternal grandmother, who was a piano teacher. From an early age, Lucas messed around with the piano. He was given sporadic lessons by his grandmother, but mainly preferred to find his own way around the keys, picking up melodies from Ray Charles albums. His musical sensibility was almost entirely formed from the R'n'B sound, rather than rock 'n' roll.

Lucas carved out his small, vital, piece of music lore in the 1970's with the album Red Letter Day. Recorded in 1975 and released in a very limited run several years later, the record has become a coveted piece of cult ephemera, selling for an ungodly amount on eBay, and finally being reissued in 2004, without Lucas' knowledge or permission, by Radioactive Records, a company known for its re-releasing of obscure rock albums whose original LP incarnations are often highly sought after by collectors. Radioactive's unauthorized re-release of Red Letter Day might have been nothing more than an injurious insult to Lucas' art and livelihood; instead it has become the catalyst for a revival of Lucas' career as a vital songwriter and musician.

Red Letter Day contains an amalgam of styles, from the strident and spare sound of the anthemic, lyrically neo-Socialist, title track, to the frenetic rock catharsis of "Self-Made Man," and including along the way a few melancholy tunes – "Days Numbered" and "Broken Wheel" – among numbers that, on the whole, fuse a R'n'B piano sensibility with the muscular intelligence of a guitar and rhythm section that knows how to use its strength to the greatest musical advantage. The high (energy) point of the album may be "Stars in the Night," the one track left off the original release, featuring dual call-and-response vocals by Lucas and Laura Kranker, a swampy slide guitar, and lyrics that manage to evoke mysticism and reference mythology a lα Robert Graves, while avoiding the cartoonish qualities of many contemporaries who have attempted similar songwriting feats.

No musician's work is created in a vacuum, but in the absence of any information, incorrect assumptions have been made about Lucas. Influenced more by R'n'B piano than by Neil Young or Lou Reed, Lucas' primary instruments are his voice and the piano. Indeed, although the songs on Red Letter Day and Lifeboats are often guitar-heavy, one doesn't need to listen very closely to realize that it's the piano parts that give them their structure and their uniqueness. As Lucas says, "all the reviewers talk about Neil Young, but they missed the boat totally on that. First of all they missed that Neil Young's a guitar player and I'm a piano player. And there aren't many true rock and roll composers of stature who are true keyboard players. Rock and roll has been primarily driven by the guitar and the rhythm guitar. And that shapes the music – the medium is the message – the instruments shape it. I came at composition as a keyboard player working with guitarists, so I was always working to integrate the strong guitar players with my piano-composed work."
Furious 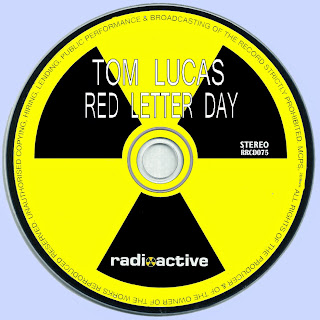 Free Text
the Free Text
Posted by Marios at 11:25 AM 3 comments: