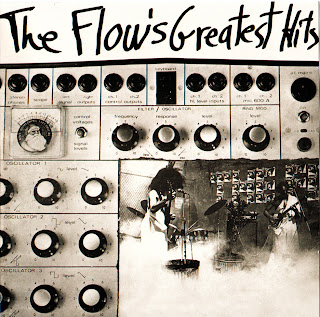 In the late 1960's I went to Brooklyn Technical High School in New York City. For me. musk was already much more important than school, and when I befriended a guitarist in my class, named Monte Farber, it was to become a long lasting, close and productive relationship. A half-hour subway ride away, Monte had a couple of friends who got together at his house to play musk. My first trip there introduced me to Steve Starer. a talented drummer and fellow hippie, as well as to Bruce Sirota, who took on Bass guitar responsibilities in our newly-born ensemble The bond was called Drunken Dog.

I had been writing original songs on my 12-strinq guitar and I was now inspired to write pieces that the band could play, along with the cover tunes we were doing. Monte wrote a couple of songs, too. It was a wild time- Vietnam protests, LSD, the birth of progressive rock and roll and new ideas. We shared a lot of emotionally and spiritually meaningful experiences, including a two day, drug-induced concert in the auditorium of Baruch College during a student protest. I remember falling asleep on the grand piano afterwards, in a large darkened auditorium, with hallucinations still keeping me company.

In those rebellious and psychedelic times, we all decided to move into a large loft apartment, at the comer of Grand and Mulberry Streets, in the heart of Little Italy in lower Manhattan. We struggled to survive in the real world, barely earning enough to pay for food at times, while developing our musical horizons. We also started recording our jam sessions. I am amazed we survived those days, although I am not sure if Bruce did. He started going his own way and hanging with a crowd that was even too extreme for the rest of us.

Eventually, Monte moved to Bass and we became a 3 piece band- the FLOW. We rented a room at 10 East 23rd Street from Michael Chassid, who owned the building and Jams rehearsal studios. Also renting a room was Wicked Lester, a band later to be known as KISS Managing the rehearsal studio allowed us to use the space for our own musical explorations, and many great, late night jams occurred in that sacred room. At the same time, we met a guitar teacher, Paul Avakian, who loved our musk and helped promote us in N.Y.C. We actually took the drapes off the balcony windows and wrapped them around us , like robes, for an album photo.

This ted to our playing in bed sheet "robes" at our next few concerts, as captured on the cover photo, which is from a concert near the Fulton Street Rsh Market. I can still smell the fish! We used to hang out at Paul's high scale apartment and sneak pot out of his dad's dresser draw to catch a buzz! Paul helped us produce an album. At his house there was a very primitive synthesizer with all sorts of knobs and patch cables. I used this keyboard to add strange tones to the FLOW album. Our state of the art recorder was all of 4 tracks! We mode the most of it, however.

To get the most out of this early effort, we went to a very talented engineer, Frank Kulaga, whom I had met through a summer job at a recording studio. He helped us mix the tracks With our very limited funds, we could only complete half the project so we released the record with one blank side! Later on, we remastered it with more material. The two sided album is very difficult to find nowadays!

The Flow played many gigs in and around N.Y.C. including a concert before thousands in Central Park, sharing the billing with another, wonderful progressive instrumental bond, Wolfbane, but we never recorded another album. The band got more and more into extended, experimental jamming, and the instrumental {am included on this CD, Baghdad Express, (which I supplied as an afterthought) is one rare recorded testimony to that.

Our paths have diverged over the years, initiated by my moving to Tucson in the early 70's. Monte Farber continued to explore the spiritual seeking that had informed The Flow's music and went on to become, with his artist wife, Amy Zerner, one of the world's foremost experts on tarot, astrology, and other metaphysical subjects and now has over one million copies of his fifteen books in print in nine languages, most notably "The Enchanted Tarot," "The Instant Tarot Reader," "Karma Cards," "The Psychic Circle," and "Gifts of The Goddess Affirmation Cards." They also share the secrets of their legendary twenty-eight year marriage in "Love, Light, and Laughter."

Their website is: www.TheEnchantedWorld.com He still plays music for fun and just bought a five-string Lakland Skyline bass, which he loves. Steve Starer became a computer expert and is married with two children, Marcy and Zach. Last time I spoke to him he said he hadn't touched a drum in ages. I loved his playing, but everyone follows his own path. Monte, Steve and I have taken three different roads since then, but in many ways I still consider them my brothers.

Since moving to Tucson I have fronted my own fusion groups over the last two decades, including Beyond Words, and prior to that shared songwriting, and played lead guitar with Mark Wolfe and Northstar, and international recording artist, Louis Vine Blanche. More recently I performed concerts of Jimi Hendrix's musk, with Hendrix 2000, and composed and performed several pieces for orchestra, most notably my Concerto for Electric Guitar and Orchestra, performed with the Catalina Chamber Orchestra in 1999. The past decade has also brought me to fruition as a sitarist and serious performer of classical music of India.

I have a wonderful twenty-seven year old son. Tree, who is a superb guitarist and musician in his own right. It's been a great musical journey, and it continues still, stronger than ever at age fiftythree. Through it all, I have never forgotten the great music the Flow made, and the closeness we shared as friends. I am very pleased that people are still listening and enjoying the fruits of that collaboration after thirty years.
by Pete Fine, May, 2003 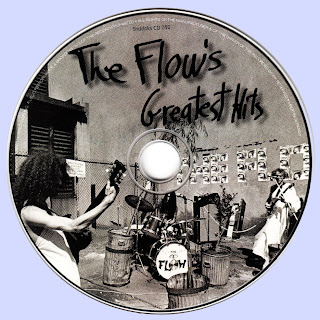 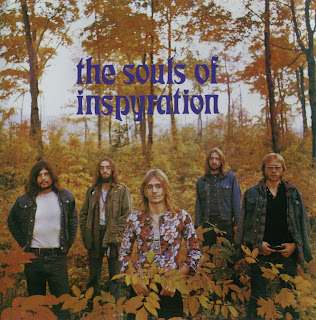 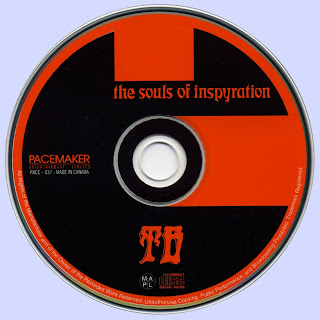 Free Text
Text Host
Posted by Marios at 5:53 AM 10 comments: