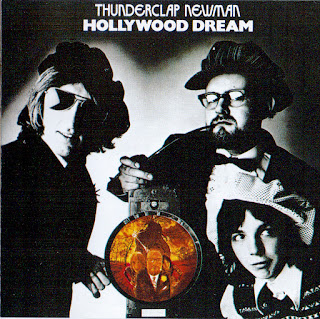 How anyone will manage to remain a nasty narrow-minded jade in the presence of this unremittingly delightful album defies the imagination.

There's simply no exaggerating the pimply splendor or Speedy Keen's lead voice, a reedy, breathless, disarmingly earnest affair that resides in the No-Voice's-Land between little-boy soprano and grown-up falsetto. There's simply no describing the charm of Andy Newman's keyboard-tickling, which takes the form of a dazzling assortment of boogie-cum-piano-bar chops laid down with unerring clumsiness only in the least likely places (and there without accompaniment, as there's apparently no keeping up with it). Nor could one exude excessively in behalf of wee Jimmy McCulloch's precisely lyrical lead guitar.

Put alternatively, nothing in Thunderclap's music has anything much to do with anything else in Thunderclap's music, the result being that Thunderclap's is at once unexaggerably bizarre and a mightily refreshing rock and roll sound. That sound couldn't in a month of Halloweens be better suited to Speedy's imbecilically catchy little songs, which abound with surreal, nostalgic, surreally nostalgic, and other wonderful lyric sentiments.

Try on for size "Wild Country," in which he glorifies the great outdoors because, simply, it's such a nice place to ball in. Try on both the modest and colossal (the latter featuring all manner of domestic and exotic percussion) takes of "Hollywood," an eminently hummable little ditty in which Speedy laments the passing of bigger-than-life film-stars who used to make him sick, and a very McCartney-ish instrumental exploration of this theme, "Hollywood Dream." And the delightfully-dated "Accidents," which here bends the mind with its late 1966 psychedelic ambiguity for nearly ten minutes and contains dazzling piano and kazoo freak-outs by Andy. And, of course, "Something In The Air," which you'll find as emphatic a knock-out on 600th hearing as it was on first. "Pass out the arms and ammo....": have you ever encountered a TV revolutionary line that can match that for sheer charm?

To top it all off, they're the oddest-looking bunch you've ever laid eyes upon. Newman, with slicked-back, receding hair, a corncob pipe, and the face of a 40-year-old mailman (in actual fact he's a former mailman who used to attend art college with Pete Townshend) is so straight he's surreal, while Speedy's your workaday big-nosed English longhair. And McCulloch is that archetypal moddie, a tiny teen with an adorable toothy smile who a casual groupie of my acquaintance has informed me will find long lines of takers should he ever venture onto the stage of the Whisky A-Go-Go.
by John Mendelsohn, Rolling Stone, 10/15/70 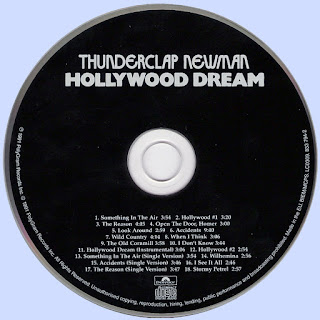