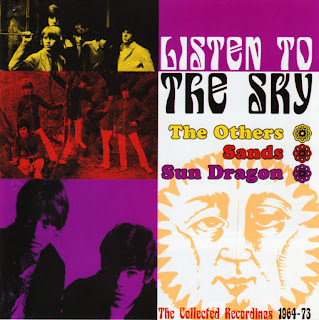 Rob Freeman and Ian McLintock never quite achieved rock stardom, but it wasn't for a lack of talent or effort, and their career together unwittingly serves as a superb example of the shifting tides of the British rock scene in the 1960s and early '70s. Freeman and McLintock's recordings get a thorough examination on Listen to the Sky, which follows the stylistic evolution of their bands over the course of a decade. Freeman (guitar and vocals) and McLintock (bass and vocals) first worked together in the Others, an R&B combo from Southwest London whose lone single, a cover of Bo Diddley's "Oh Yeah," was a well crafted rave-up in the manner of the Rolling Stones and the Pretty Things. Both sides of that single appear here, along with an unreleased follow-up, but by 1966 the Others had split and Freeman and McLintock had formed a new band, the more pop-oriented Sands.

There was more than a bit of nascent psychedelia in Sands' music, especially their cover of the Bee Gees' "Mrs. Gillespie's Refrigerator" and "Listen to the Sky," an original that ends in a bizarre noise coda that quotes Holst's The Planets! After one single Sands fell apart, despite management by Brian Epstein, but Freeman and McLintock soldiered on with a new project, Sun Dragon, which scored an almost-hit with their cover of the Lemon Pipers' "Green Tambourine" in 1968 (with typical luck, their label's pressing plant went on strike as the single was starting to gain radio play, prematurely ending its run on the charts).

Sun Dragon's music was more polished and calculatingly commercial than their earlier efforts, with polished production and a strong emphasis on covers, but the group's first and only album, included here, is well-crafted U.K. pop that would have done some of the better-known production teams of the day proud. The set closes out with two cuts from post-Sun Dragon projects of the '70s, which are slick but solidly professional pop product. Given the stylistic diversity of the music here, Listen to the Sky would best serve loyal fans of Freeman and McLintock, who unfortunately are small in number, but folks with an interest in how U.K. pop changed during the '60s will find this edifying, and Freeman and McLintock's undervalued talent is certainly evident throughout.
by Mark Deming 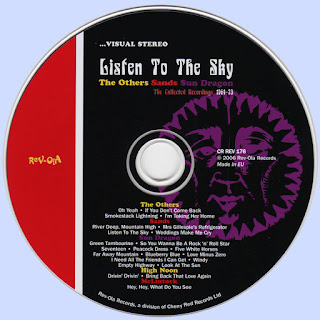 Free Text
the Free Text
Posted by Marios at 5:49 AM No comments: