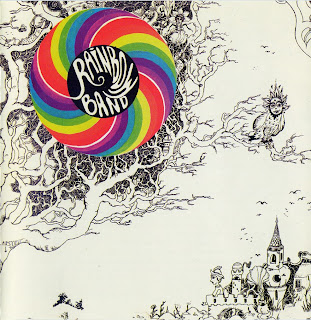 Midnight Sun originally went under the name Rainbow Band and released an album with that name too, before switching to Midnight Sun. Their first LP with their new name was weirdly enough just a re-recorded version of their first record as Rainbow Band! Anyway, "Midnight Sun" is a really good album, melting jazz, blues and energetic rock into a '70s sound.

It's quite obvious with such influences that the band had listened a lot to bands like Chicago and Blood, Sweat & Tears, but didn't end up sounding like them at all. "Talkin'" is a superb opener to the album, fusing the bluesy vocals of Alan Mortensen with an irresistible rhythmic theme dominated by Niels Brψnstedt's el-piano and Bent Hesselman's jazzy sax-riffs. The hard rocking and jam-oriented instrumental section turns the spotlight over to Peer Frost's razor-sharp guitar. "King of the Sun" has a pretty similar structure, but with a much lighter feel where the outstanding and tight solo-parts are what really save the track.

The ballad "Nobody" is based around some eerie piano-chords, but increases the tempo during the instrumental passage where the piano veers into some classical influences too. "Where You Going to be" is in a more straightforward rock-fashion, but with a great mid-tempo groove and a jazzy sax-solo. "B.M." is a short instrumental written by bassist Bo Stief, and is mostly a showcase for his skills on acoustic bass. "Sippin' Wine" is the band from their lightest and least interesting side, with some clear influences from Blood, Sweat & Tears.

The complex, intense and energetic 15-minute "Living on the Hill" is on the contrary the highlight of the record. It should also be mentioned that the band had a very good and thoroughly active drummer in Carsten Smedegaard. Guitarist Frost also surprises a bit here by turning into a classical-influenced heavy metal-styled guitar-solo in the middle of the song, followed by some even more aggressive jamming.

The album closes in a far more peaceful way with Hesselman's instrumental "Rainbow Song" where he plays a beautiful theme on flute while some Mellotron turns it into the only slight symphonic moment on the record. This is definitively one of the Danish '70s rock albums you should check out.
Vintage-prog 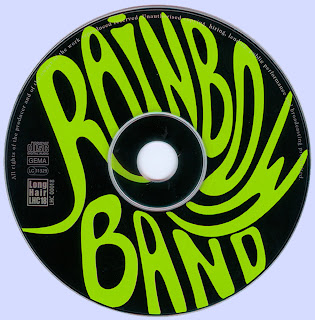 Free Text
Just Paste
Posted by Marios at 8:00 AM 6 comments: