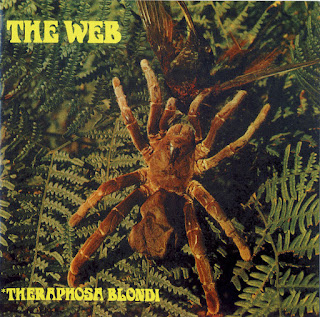 This reissue is the second of three albums The Web recorded before evolving into Samurai for one eponymous album. The Web’s last album I Spider and the Samurai album (reviewed here) both feature a pre-Greenslade Dave Lawson on keyboards and are well worth investigating for Greenslade, VDGG and early English progressive rock fans.

Admirably wanting to move away from their soul band roots, they start off OK with the strident Like The Man Said and keep up the momentum with a fair cover of Sunshine Of Your Love, shoehorning some jazzy variations into the middle of the song. Unfortunately, the wheels come off the wagon here and you will have to make it past a version of Gilbert O’Sullivan’s overwrought and melodramatic 'Til I Come Home Again; a couple of novelty pieces – the percussive Bewala and the execrable Kilimanjaro, not to mention the hideous crooning of One Thousand Miles Away, before you reach the climactic pairing of Tobacco Road / America which, thankfully is not bad at all, if hardly an original choice of song to cover.

The two bonus tracks are a bit more like it, in an Afro/Jazz rock vein and quite enjoyable too.When the band are on form, as on the first two tracks and the last three, they manage to present a competent if unspectacular jazz rock blend, strong on saxes and flutes and with powerful vocals, and with the merest hint of the progressive direction they went on to pursue.
by Dave Sissons 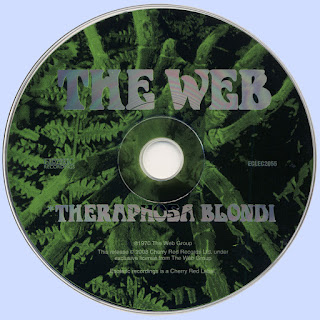 Free Text
the Free Text
Posted by Marios at 7:15 AM 3 comments: