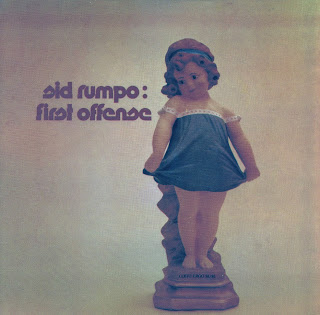 The Sid Rumpo album 'First Offense' was released in 1974. By this time my guitar playing was getting stronger, I almost felt I could play. Somehow this band just evolved. We started talking about in 1971 but two of the guys were students finishing off degrees.

When we eventually gathered together late in 1971 at a house in Mount St, Claremont, we were Bob Searls - guitar and vocal, Ken Wallace - piano and percussion, Owen Hughes (ex Jellyroll Bakers) - bass, and myself on guitar and harmonica. We were lacking a drummer. I think we tried out a few local guys and either we didn't like them or they didn't like us. This led to placing an ad in the musical section of the local Sunday paper.

The results were well worth it. The day Noel Herridge walked though the door it was a dream come true. He been driving around Australia in a Kombi and just happened to be in Perth at the right time. He had great experience playing with Broderick Smith and Paul Lever in blues bands in Melbourne. He had an awesome feel, just what we were after so it became Noel Herridge - drums.

To cut a long story short, we were very successful in Perth. We were lucky to have three of us who were constantly writing songs; Bob, Ken and myself. We played a lot of gigs and I think opened up the rock scene in Perth to the extent that more venues were booking more rock bands. We won a Hoadley's Battle Of The Bands (not too sure if I should have mentioned that), and in November 1972 we moved to Melbourne to try out in the "big smoke".

We arrived in Melbourne late in 1972 and quickly went about trying to become established in the local scene. We were signed by Mushroom pretty quickly and appeared at Sunbury1973. We also recorded some live gigs at the Garrison.

A trip back to Perth allowed us to be the support band for John Mayall at the WACA. I got to talk with his drummer Keef Hartley, who made some fabulous albums with his own band. In our early days, we did a couple of his tracks. His first few albums are just great, I still listen to them.

By about August 1973 I was pretty burned out or freaked out or whatever and decided to return to Perth. I was a partner in 78 Records and went straight back into the business.

The guys picked up a great new guitarist, Mick Elliot, who I think was a better fit than I was. I wanted to improvise and the other guys wanted to rock a lot more. Mick was a great rock guitar player and the band progressed to recording an album, known as First Offense that charted. They also played Sunbury 1974.
by John Hood 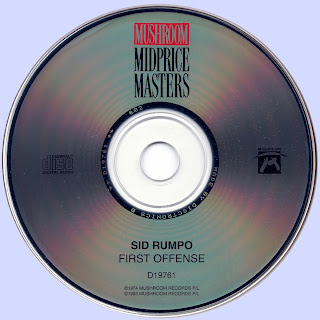