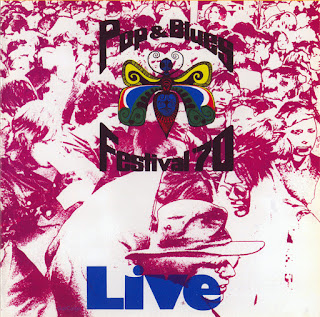 The Hamburg event was held over the Easter weekend in March 1970, it was attended by a reputed 17,000 rock fans. With 22 acts in all, and such talent as Blodwyn Pig, Colosseum, The Nice, Steamhammer, Warm Dust, and others, the then new and mostly unknown German acts also showed their worth, as being every bit as good, if not better. The album documenting the German acts at the March 1970 festival has extraordinary recordings from Tomorrow's Gift, some heavy Frumpy and very Blodwyn Pig inspired Thrice Mice! There are also the two virtually unknown bands: Beatique In Corporation and Sphinx Tush.

Thrice Mice:
A sextet from Hamburg, playing the patented, distinctive German type of progressive jazz-rock typified by underground legends like Xhol or Out Of Focus (2nd & 3rd album). The leading soloist in Thrice Mice was Wolfgang Buhre. He often tried to copy the wah-wah sax style of Ian Underwood of Mothers Of Invention. Their album was recorded during November and December 1970 in Hamburg and released on Phillips in 1971. After a couple of years, the group resurfaced as Altona and made two further albums for RCA in 1974 and 1975.

Frumpy:
The Krautrock scene may be best known for creating some of the weirdest abd revolutionary rock music, yet there was another side to the scebe, of progressive that rivalled the best in Britain, of which Frumpy were at the forefront, followed by the like of Jane, Eloy, Novalis, Message, et al. This band played their own brand of progressive rock that was mainly influenced by blues, soul and hard rcok with some minor classical elements. Their female vocalist Inga Rumpf had a quite weird voice, sounding more like a man than a woman. However, the main musician in the band was their French organ-player Jean-Jacques Kravetz who delivered some solos that nearly were on par with the best progressive rock keyboardist.
Frumpy later transmuted into the more commercial Atlantis.

Sphinx Tush:
1969 the famous trio "Sphinx Tush" was founded with Zabba Lindner on drums and Andreas Smietana on bass. Their music was something like early punkmusic, long before punk was getting popular. They used to play in the biggest hall of the town (Ernst-Merck-Halle), where groups like the "Rolling Stones" used to play. They have played at the last evening of the well known Star-Club in St. Pauli (thats where the Beatles started) and they've done many live-perfomances at the radiostation NDR.

Tomorrow's Gift:
Like Frumpy and Joy Unlimited, they were a blues and soul-rock band who turned on, tuned in and dropped out to the progressive music at the end of the sixties. Both mentioned bands had female vocalists, as had Tomorrow's Gift: Ellen Meyer. Arguably she didn't have a voice as strong as Inga Rumpf, but hers was good enough to serve the music. Tomorrow's Gift was really a band of future talents, three of the members being still teenagers. Original guitarist Carlo Karges later worked with groups as different as Novalis, Extrabreit and Nena. He also guested on the Release Music Orchestra album 'Get The Ball' (1976). Manfred Rurup later recorded with Carsten Bohn's Bandstand, Elephant and Inga Rumpf.
CD Liner-Notes 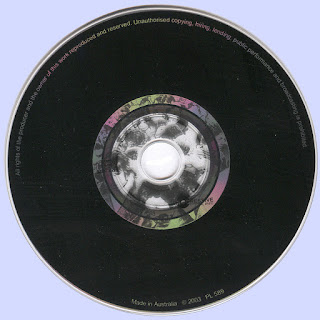