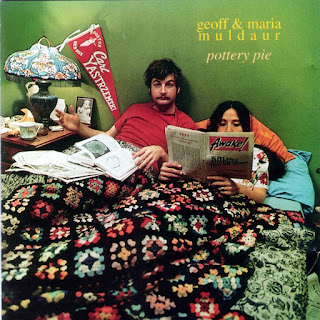 One of just two albums to be released by the easier-going American equivalent of Richard & Linda Thompson (without the brooding gloom and biting irony), this set includes some virtuoso folk-blues performances, as well as the version of "Brazil" made famous in Terry Gilliam's movie of the same name. Though the ten tunes here are all covers, Geoff & Maria Muldaur treat each as if molded from clay of their own making, just as they had old traditional numbers as members of the Jim Kweskin Jug Band.

It's probably no coincidence that this album would eventually find its way to Joe Boyd's Hannibal label. It's a collection that suggests the Richard & Linda Thompson albums he would release throughout the '70s. Although it's often difficult to find, many fans will find Pottery Pie more than worth the money and effort.
by Brian Beatty 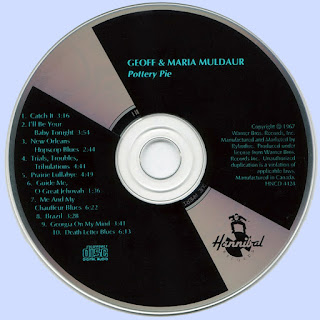 Free Text
the Free Text
Posted by Marios at 7:01 AM 5 comments: