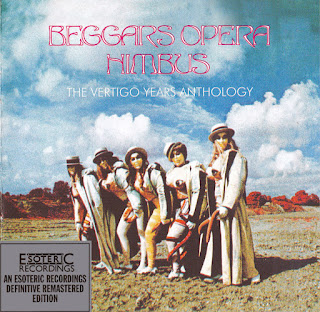 This splendid anthology from the classically-infused progressive rock band from Glasgow that initially coalesced in 1969, includes everything from their first three releases – 'Act One', 'Waters Of Change' and 'Pathfinder' as well as two early non-album tracks, plus four from their fourth album 'Get Your Dog Off Me'. Beggars Opera have gone on to release (I think) a further eleven studio albums, most of these following the reactivation of the band by the husband and wife pairing Ricky Gardiner and Virginia Scott along with their drummer son Tom Gardiner: the most recent being last year's 'Mrs Caligari's Lighter'.

But I'm jumping ahead! This very welcome anthology documents something of a Reggie Perrin type scenario, with a band reaching their pinnacle but then losing some of their sheen as personnel changes cause a lack of creative focus. All five of the tracks on the debut album are included and show a band already very much into their creative stride, with Alan Park's signature organ sound redolent of The Nice and – especially in the epic pairing 'Raymond's Road' and 'Light Cavalry' – extensive musical quotes from classical sources including Mozart, Greig and Bach on the former, while the latter is adapted from a piece by Austrian composer Suppé. You'll recognise it!!

'Waters...' is quite different as Mellotron-player Virginia Scott turned the band into a sextet! This time all nine songs were written by the band, and focused on dual organ/mellotron keyboardery to produce wonderful symphonic landscapes. The song writing was also top drawer, and melodic rock has rarely sounded better than on tracks such as 'I've No Idea', 'Festival' and the utterly pomptastic pair of 'Time Machine' and 'Silver Peacock'.

'Pathfinder' still finds the band mainly on top of its game, although Virginia Scott does not feature other than on a couple of co-writing credits (Park seemingly having mastered the Mellotron!) It's perhaps their most cohesive offering even though the highlight ('Macarthur Park') is not an original composition and it also takes a further step away from the symphonic focus of the first two albums. In many ways, however, it is more progressive and the wonderful instrumental 'From Shark To Haggis' introduces bagpipes to the instrumentation used by the band!

By the time 'Get Your Dog Off Me' appeared, drummer Raymond Wilson had gone but more importantly vocalist Martin Griffiths had departed. Ex-Writing On The Wall front man Linnie Paterson was then in place, and his stylings were very different from those of Griffiths. The band's focus on this album had become rather disjointed and fuzzy as will be judged from the four tracks included here. None of these are poor, and indeed keyboardist Alan Park's arrangement of 'Classical Gas', the hit instrumental for Mason Williams in 1970 is particularly inspired.

This anthology is due testament to a band that whilst failing to achieve any sort of commercial consistency, managed to bequeath some remarkable and even inspirational music across the albums documented here.
by Paul Jerome Smith 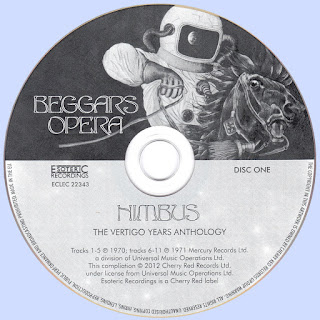 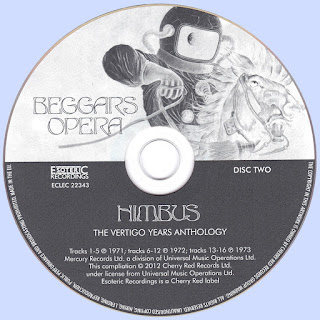