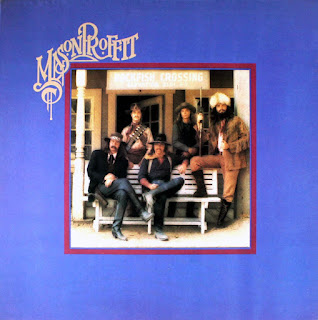 Mason Proffit earned a major-label contract with Warner Bros. Records in 1972 after its second and third albums, Movin' Toward Happiness and Last Night I Had the Strangest Dream, both made the charts in 1971 despite being released on small independent labels. Warner probably thought it was getting in on the country-rock trend already receiving national exposure via the Flying Burrito Brothers on A&M and Poco on Epic, and it might well have worked out that way. Rockfish Crossing, the group's Warner debut, was an accomplished blend of country and rock on which the Talbot brothers, who led the band, sang pure harmonies on folk-rock songs, played convincing country hoedowns, covered country standards like "You Win Again," and even included some timely social consciousness in "Were You There," with its references to My Lai and Wounded Knee.

They dressed up in Western gear on the album cover like 19th century desperadoes, Civil War soldiers, and buffalo hunters. It's hard to say why this appealing and apparently trendy package wasn't successful, but Rockfish Crossing, unlike its two predecessors, didn't sell well enough to make the charts, much less expanding Mason Proffit's following. The country-rock hybrid was a delicate mixture, one not really perfected until the Eagles did it a little later. (Neither the Flying Burrito Brothers nor Poco actually sold records in significant quantities.) It may be that Mason Proffit, despite earlier indications, simply fell between the stools of being too country for the rock audience and too rock for the country audience. But the group's music was an accomplished blend of the two styles.
by William Ruhlmann 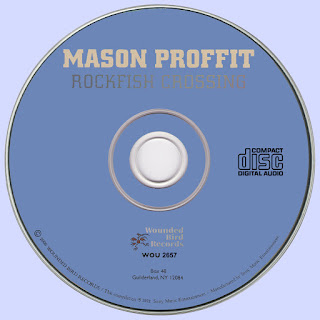 Free Text
the Free Text
Posted by Marios at 6:11 AM 3 comments: