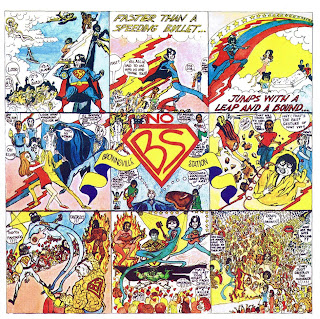 From its formation in 1969 to its demise in 1979, Brownsville Station maintained its reputation as one of the hardest working bands in Michigan. Led by the irrepressible Cub Koda, the band wore its 50’s Rock and Roll roots on its collective sleeve. Blending their love of Blues and Boogie styles with an energetic stage show and a sense of humor, Brownsville Station became a favorite in the Midwest and in arenas across the country.

Michael ‘Cub’ Koda grew up loving music in Southeast Michigan in the 1950’s. The Mickey Mouse Club was a popular television show for kids and Cub borrowed his nickname from “Cubby”, one of the regular characters on the program. Although he started out playing the drums, Cub switched to guitar after his father purchased a newspaper in tiny Manchester, Michigan.

Cub formed his first band, the Del-Tinos, while he was attending Manchester High School. This early band would foreshadow Brownsville Station in that they combined Rock and Roll, Rhythm and Blues, and Rockabilly. The Del-Tinos released their first 45 on their own Del-Tino label in 1963, a cover of Roy Orbison’s early Sun recording of “Go Go Go”. The band recorded two other singles before breaking up in 1966.

After a couple of false starts, Cub formed Brownsville Station in 1969 following a chance meeting with Michael Lutz at a record store in Ann Arbor, Michigan. They quickly added bassist Tony Driggins and drummer T.J. Cronley to complete the group.

It was a heady time to be in a band in Southeast Michigan with local groups like the Rationals, MC5, the Bob Seger System, SRC, and the Stooges signing recording contracts with major labels. Brownsville Station started out as an opening act for many of these bands blasting out R&B covers like Gino Washington's "Gino Is A Coward" and building an avid fan base in the process.

In 1970, they recorded a local hit single with a Cub Koda original called “Rock And Roll Holiday” on the Hideout label. The song became an audience favorite and the band’s set-closer for the next four years.

Brownsville Station’s second single, “Be-Bop Confidential” was first released on Punch Andrew’s Palladium label out of Detroit, but it was picked up for national distribution by Warner Bros. Records in 1970.

The band recorded its first album, “No B. S.”, on Palladium that same year. Once again Warner Bros. stepped in to distribute the record nationally. Brownsville Station’s third single, “Do The Bosco”, was released from the album and became another local hit.

Unfortunately, Warner Bros. looked at Brownsville Station as a type of “oldies” parody much like Sha-Na-Na, and the band got lost in the shuffle of the major label. They were dropped in 1971 after the next single, “Tell Me All About It”, tanked despite having Bob Seger singing on the last verse.
Michigan-Rock-Legends 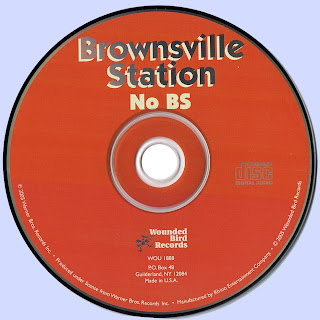