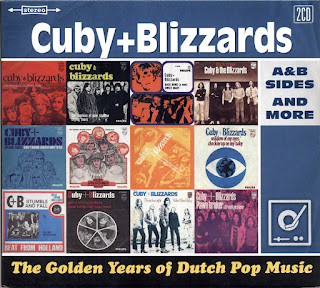 Cuby and the Blizzards started as The Rocking Strings with Eelco Gelling (guitar), Nico Schröder (bass guitar, replaced by bassist Willy Middel, ex-Sinister Silhouettes), Hans Kinds (rhythm guitar) and Wim Kinds (drums). Singer Harry Muskee was former double bass player of The Old Fashioned Jazz Group. In the years around 1964 the group performed regularly in the former factory hall "'t Krotje" in Groningen, where the competition was entered into with the local band "Little John and the Rocking Tigers". When the first single, Stumble and fall,was recorded for record company CNR, Dick Beekman was the drummer. The drummer left in 1966 for the beat group Ro-d-Ys,but would return to the band for a year in 1968. His replacement was Hans Waterman from Groningen. At that time, the group rehearsed in a part of the farm that Muskee had rented in Grolloo. In the formation Muskee, Gelling, Middel, Waterman and Hans Kinds, a number of singles were recorded for the Philips label of Phonogram Records,of which Back Home (A Man) reached the lower echelons of the Top 40.
For the recording of the first album, Desolation,the group was expanded with Henk Hilbrandie (piano), who had previously toured with the group for a year. Harry Muskee and Henk already knew each other from The Old Fashioned Jazzgroup,of which they were both part. This album was awarded an Edisonin 1968. In 1967 Hans Kinds had to go into military service and was replaced by pianist Herman Brood from The Moans. With Brood in the band, the album Greetings from Grollo was recorded, of which Another day another road became a reasonable hit. The album also featured the classic Somebody will know someday,inspired by Muskee's broken relationship with Miep Huisman. The band toured in 1967 and 1968 with Van Morrison, Eddie Boyd, John Mayall & The Bluesbreakers and Alexis Korner.
After the recordings for the hit Distant Smile at the end of 1967, the band disbanded for the first time because Herman Brood had to undergo imprisonment for possession of narcotics,and disagreements had arisen between Muskee and Gelling about the future of the band. Muskee wanted to continue with Willy Middel and Dick Beekman, Gelling with Waterman and bassist Jaap van Eik. However, record company Phonogram managed to glue the break and the new line-up of Cuby + Blizzards consisted of Muskee, Gelling, Beekman, Brood and Van Eik. After about a year Beekman and Van Eik were kicked out of the band again and replaced by Herman Deinum and Hans la Faille from Blues Dimension.  A few months later Brood was permanently kicked out of the band due to persistent drug use and replaced by Helmig van der Vegt (also from Blues Dimension).
The Muskee, Gelling, Deinum, La Faille and Van der Vegt occupation continued to exist for three years from mid-1969. After a few incidents that did the band little good, the fut was gone. The "Zwolse" members left the band and in 1972 the band was over. Joost den Draaijer set up the band Red White 'n Blue with Muskee and Gelling, who released one LP but that was not a commercial success. The name was changed again to Cuby+Blizzards. After Herman Brood re-joined the group, he gained some fame again. But after a short time, Brood and others left the group. After the departure in 1977 of Eelco Gelling to Golden Earring, Harry Muskee continued under the names Harry Muskee Band,then The Muskee Gang and again later Muskee.
In the mid-nineties, the old band name was picked up again with veterans Herman Deinum, Helmig van der Vegt and Hans la Faille, while Erwin Java remained sologitarist in favor of Eelco Gelling. Former football player Johan Derksen was manager of the blues band in the nineties. Derksen and Muskee knew each other from the sixties. In 2004, Cuby + Blizzards made a theater tour with an ode to blues singer John Lee Hooker. In 2006 a box with DVD, CD,documentary photo book about the blues band was released, compiled by former VARApresenter Jan Douwe Kroeske.
On September 26, 2011, Harry Muskee died of liver cancer, making Cuby + Blizzards definitive history. In March 2012 Hans la Faille released his biography Showbizz blues with many stories about Cuby + Blizzards. He also presented his new band, Hans la Faille's Showbizz Bluesband. Erwin Java founded the group King of the world around that time, named after one of the tracks from the album Groeten uit Grollo.
Cuby-Museum 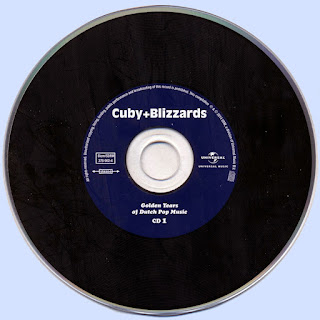 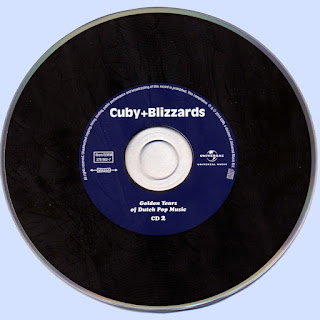