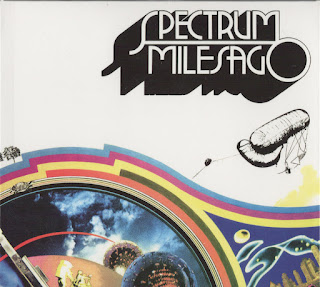 January 1972 was a high point in Spectrum's career, with two major events that month. The first was the release of their landmark second album – Milesago, the very first true Australian 'rock' double-album and only the second 'popular double album ever released in this country (the first was Doug Ashdown's Age of Mouse in 1970). Milesago is, quite simply, a masterpiece. The luxury of being able to spread the music across four sides allowed for much greater scope and diversity in the songs and arrangements, but they did not sacrifice the organic, improvisational feel of their live performances, and the result is by no means self-indulgent.
Even at their most expansive, economy was always a watchword in Spectrum’s music -- unlike so many “prog” Albums of the era, there’s no “filler” material here, and nary a wasted note throughout. Milesago is chock-full of great moments, with several superb new extended tracks including the title track, the brilliantly ironic "What The World Need’s Now (Is A New Pair Of Socks)" -- a dig at the peace-and-love schtick of the Bacharach-David hit -- the sombre "Fly Without Its Wings", the epic four-part suite "The Sideways Saga", and a new, six-minute version of Ray Arnott’s "Trust Me". Once again, the production is fairly dry and warm, capturing the essential Spectrum sound but this time the 16-track facilities allow far greater fidelity and permitted the addition of extra layers to the arrangements, and it has to be said that Milesago is still a superb-sounding record. It’s also the only Spectrum album to feature outside players -- a brass section arranged and led by sax player Jeremy Noone (Vegetals, Co. Caine, Daddy Cool) with Simon Wettenhall on tuba and Steve Miller on trombone.
The music press was full of praise, and it even received a highly favourable review from English music bible NME on its release in England. It reached #16 on the LP charts in January 1972. It was originally released in a textured cover, but later pressings were issued in a gloss-laminated flat cover. Its distinctive hallucinogenic collage was one of the first major album covers created by Go-Set staff artist Ian McCausland, who rapidly became the leading Australian cover and poster artist of the period.
The other major event for Spectrum in January 1972 was their appearance at the historic first Sunbury Festival over the Australia Day Weekend. They played as both Spectrum and Murtceps, and their performances were recorded for EMI’s Sunbury live double LP. As Spectrum, they took up the whole of side two of the album with their extended renditions of "Some Good Advice" and "I'll Be Gone", and the Murtceps cuts included were "We Are Indelible", "Be My Honey" and "But That's Alright".
Milesago’s opening track "But That's Alright" (b/w "Play A Song That I Know") was the third Spectrum single, released in February '72, but in spite of its considerable commercial appeal, it failed to chart. Once again, the single was a different and shorter version of the track that appeared on the album. To promote it Spectrum made a rare TV appearance on Happening ’72; regrettably they had to mime to the single, but fortunately this rare glimpse of the band on video has survived and still exists in the archives of Channel 0 in Melbourne.
MIlesago 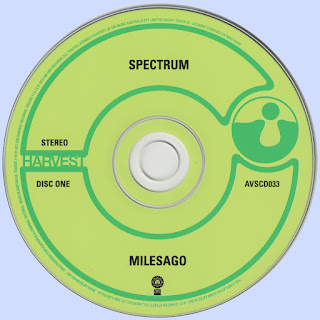 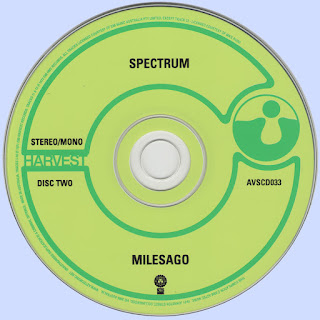