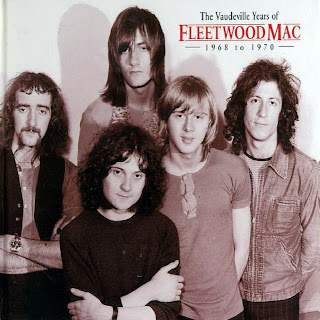 The first four recordings heard here are "liveish" BBC style recordings that although they sound like they are in mono, are good listening especially "Love that burns" as it's stripped free of it's horn section which was included on the "Mr. wonderful" version and tended to be slightly intrusive but one can now appreciate the song even more here. However, a minor complaint is that the "Intro" part of "Intro/Lazy poker blues" is nothing more than a snippet from "Oh well (part 2)" which is rather redundant.

I would've preferred it just to have started with "Lazy poker blues" without that tagged onto the beginning. The studio recordings start with a bang. Just when we seemed to be lead to believe that the infamous EP of Jeremy's that was to accompany "Then play on" to compensate for his lack of an appearance on that album was nothing more than a rumor and that it was in fact his solo album that was to be the accompanying item, here's the lost EP, in all it's glory.

Without giving away too much of the surprise, Jeremy starts each song with a funny introduction and he mocks flower power rock and John Mayall among others. It works just as well as those songs recorded for his debut solo album. Fans of that album will love this. Later, you get to hear the unedited "Someone's gonna get their head kicked in tonight" which doesn't fade and has a few bodily noises and four letter words that were not considered acceptable for a single at the time and that would probably apply these days too.

Peter has got two great versions of "Show biz blues" albeit with different titles as well as an early instrumental workout of "Before the beginning" billed here as "Blues in B flat minor" which is most haunting. Danny is not to be forgotten either as on disc two, he's featured on "Farewell" which sounds like an early demo of "Earl Grey", "Love it seems" which has a "When you say" feel, "Tell me from the start" is a big band style whimsical tune and two exciting jams billed as "October jam (1 & 2)" the latter is a short but rocking straightforward number while the former is a lot looser and has a news bulletin jingle rhythm style but that's some news I wouldn't mind hearing!

There's alot of Green greatness on disc two as well. "The Madge sessions - 1" is an uncut tape which includes most of what ended up as "Searching for Madge" & "Fighting for Madge" but at least half of which has not been heard previously. Intriguing that at approximately the 1249 mark, when one of the familiar "Searching for Madge" sections ends, one can hear what is known in the taping world as a "punch out" in the tapes. One easily imagines that this was the tape Peter used to decide what would make the final cut for "Then play on" from these jams and the tape was probably stopped and left there for many years causing the deterioration in the tape. Maybe not, but it's fascinating to ponder such legends. This is just as exciting to hear in it's entirety after all these years as is the complete 16 minute "Underway".

This tape shows how hard it must have been to decide which portions of it to use originally. Surprisingly, "The Madge sessions - 2" is a quiet two minute instrumental doodle which is not what one would expect from the title especially after hearing the white noise of number 1 but still keeps you on the edge of your seat throughout. There are many other great recordings available on here, I've just tried to highlight a few wonderful moments. This is great classic early Mac that never "was", but now can "be" in your collection. An essential purchase for those who want the early Mac to play on. They do here in style.
by John Fitzgerald, June 27th, 2005 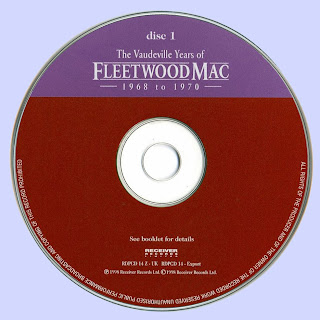 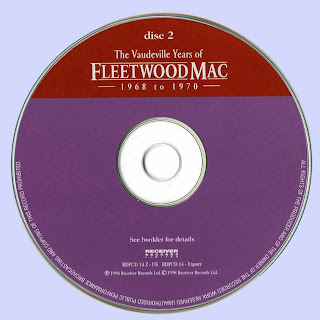 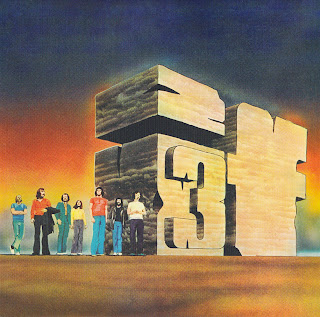 ‘If 3’ was produced by their manager Lew Futterman and first released in 1971. It features the band’s original seven-piece line up, with powerful vocals by J.W.Hodkinson and excellent drumming by Dennis Elliott.

Among the eight outstanding tracks are Dave Quincy’s intriguing ‘Fibonacci’s Number’ and Terry Smith’s ‘Seldom Seen Sam’. Strong arrangements, powerful solos and a clever blend of jazz and rock make this a satisfying set and a fine memorial to the late Dick Morrissey. 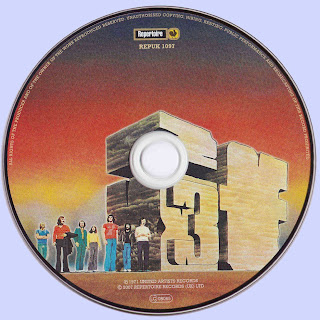 Free Text
Text Host
Posted by Marios at 7:25 AM 3 comments: