The Human Beast - Volume One (1970 uk, hypnotic and hard driving with intense guitar workouts in a classic psych mould, 2007 remaster) 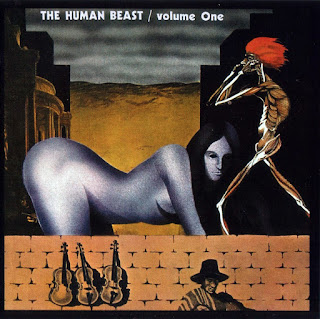 This short-lived psychedelic pop outfit was formed in the UK at the end of the 60s. Featuring Gillies Buchan (guitar/vocals), Edward Jones (bass/vocals), David McNiven (clarinet) and John Romsey (drums), the group was originally known as Skin but did not record as such. Human Beast signed to Decca Records in 1970 and made their debut with Volume One (Instinct). Though it sold poorly at the time, it has subsequently become the subject of collector’s interest. Typical of its contents were songs with expansive titles such as ‘Brush With The Midnight Butterfly’, ‘Reality Presented As An Alternative’ and ‘Appearance Is Everything Style Is A Way Of Living’. Fittingly, each featured similarly ponderous lyrics. In common with other progressive bands of the period, there was also a degree of experimentation with Eastern melodies and rhythms, resulting in the best track, ‘Maybe Someday’. However, the group never recorded again and disappeared from the music business thereafter.
All Music 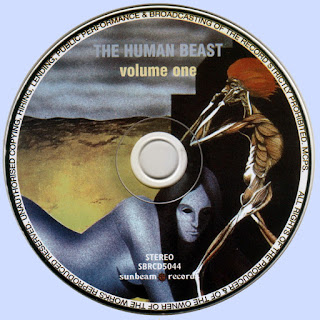