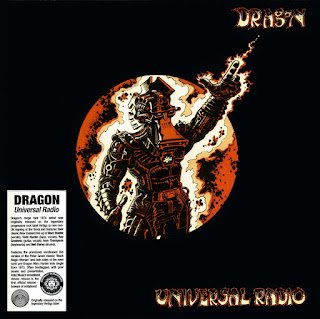 Todd Hunter was born in Taumaranui on 22nd June 1951. With his younger brother Marc on drums, Todd played guitar in family public performances in the late 50's, dad playing sax and mum playing piano. In 1970 Todd enrolled at Waikato Teachers College and while there he mixed with other musicians from groups like Mandrake, Movement and Jacob Manning. He formed his own trio called Zeke and another called Heavy Pork, but neither lasted very long.
Before long Todd switched to bass and teamed up with guitarist Ray Goodwin, from Jacob Manning, and drummer David "Div" Vercoe, from Molly, to form OK Dinghy. They travelled around during 1971 establishing a small following, but found the going very tough. Div Vercoe called it a day and that was the end of OK Dinghy. Ray and Todd decided to team up with guitarist Don Bedgegood and drummer Larry Abbott, both from the defunct Movement. They called themselves Anteapot, and secured a residency at an Auckland club for three months. Not proving popular, they lost that job in June 1972 and renamed themselves Staff. This combination was messy and ended up having any number of players joining in, some of note were Graeme Collins, Tommy Ferguson, Josie Rika and Corben Simpson. In November 1972 they disbanded, but with a commitment still outstanding, Ray and Todd formed a quartet with Graeme Collins on piano and vocals, and Neil Reynolds on drums. Graeme Collins had previously played with Dedikation. The quartet were booked for the forthcoming Great Ngaruawahia Music Festival and when a name change was required, Graeme consulted the I Ching and came up with Dragon.
Their performance at Ngaruawahia didn't have much reaction, so they moved into a flat in Herne Bay, Auckland and spent their days in rehearsal, landing the occasional job at the Occidental Hotel. Graeme Collins didn't fit the style of the others and was soon replaced by keyboardist Ivan Thompson, from Mandrake and Kindred Spirit, but this left them without a lead singer. This was soon resolved when Todd's brother Marc visited the flat. He had been drumming and singing with Quintessence at an Auckland restaurant. Wanting a change, he joined Dragon as lead singer. Marc was born on 7th September 1953. Neil Reynolds also left and was replaced by Neil Storey, also from Mandrake. So this line-up, with Marc on vocals, Ray on guitar, Ivan on keyboards, Todd on bass and Neil on drums, was the combination that would bring the name Dragon to the forefront of New Zealand music.
1973 saw the band earn a regular wage with residencies at Auckland's Levi's Saloon, the Tabla, Do Re Mi and Rasputin's. Each place they went to saw them bringing along their growing group of supporters. In 1974 they moved into Dante's Inferno in the heart of Auckland's red light district. and picked up first prize at the Auckland Festival's all day Rock Marathon. With this success, a record contract was achieved and in June 1974 their debut album "Universal Radio" was released. Graeme Nesbitt, former manager of Mammal, became their full-time manager. He organised their first national tour to help promote the album and gained them a residency at Granny's.
Universal Radio is archetypal progressive rock – right down to the cover art - Todd’s remarkable bass playing dominates, ably assisted by Goodwin's fluid guitar and Thompson's swathes of keyboards. And, vocally, with contributions from Marc, Todd and Goodwin, there is little to suggest the latter pop style. The album was well received and by the end of 1974 Dragon had become the top live attraction in New Zealand.
Sergent 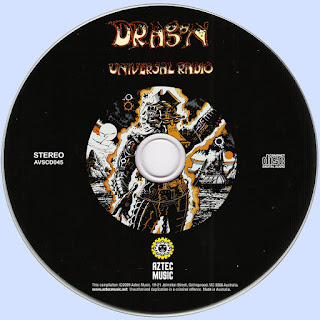