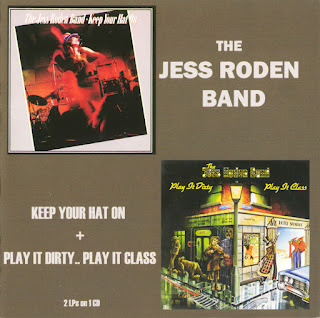 One of the great British vocalists, with an immediately distinctive sound,Roden cut his teeth with the Alan Bown Set in the 60’s, achieving a minor hit with the single “Emergency 999”. He eventually left to form the band “Bronco” which recorded two albums, which though well received, particularly “Ace of Sunlight” failed to set the world on fire. Roden surfaced again on the eponymously titled “Butts Band” album, a wonderful collection of songs performed by a great band comprising Roden, Robbie Krieger and John Densmore of The Doors, and session favourite Phil Chen on bass. Check out the wonderful “Baja Bus” and “Sweet Danger”.
Around this time Roden also appeared on Keef Hartleys “Lancashire Hustler” album with Robert Palmer. Island records then stood by Roden for a string of great albums, both solo and with his band. The self-titled “Jess Roden” album features the wonderful “Ferry Cross”. “The Player Not The Game” ia a beautifully made album with the cream of New Orleans session men, including Allan Toussaint. Jess also made a memorable version of “You can leave your hat on ” from the album “Keep Your Hat on”.
Sadly, he was never destined for the big time, and albums like “Play it Dirty” and “Stonechaser” became the rarities at the back of the record shop. A brief return in the 80’s with “Multiplay” by the Rivits and some session work, notably Grace Jones “Nightclubbing” album marked a less productive Roden.
However, in the mid 90’s he made a surprise return with a band called The Humans,featuring ex-Strider and Rod Stewart guitarist Gary Grainger, recording one great album, subsequently disappearing from the scene once more following a live album.
This Kidderminster born vocalist has a voice of pure gold, and for most of the record buying public, he is an undiscovered gem, check him out!
by Kev Moore 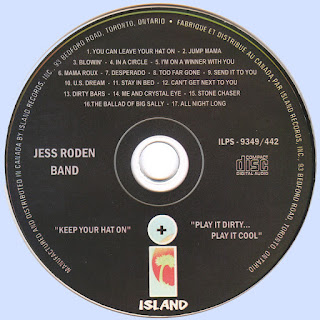