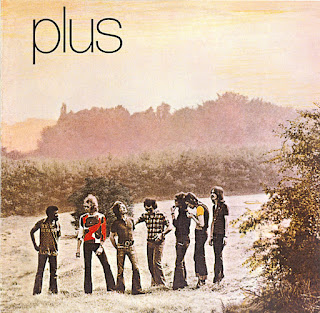 Often referred to as Bruno Castellucci’s band, Plus’ music was slightly more rock-infused than his work on Placebo and Solis Lacus, most of the tracks on their first and only album – 1972’s self-titled Plus – edging ever so subtly towards fusion funk and prog-rock territory. Featuring Francis Goya (Francis Weyer) on guitar and vocals, Douglas Lucas (who played with The J.J. Band, The S.S.O Orchestra as well as pan-European touring outfit Mombassa) on trumpets as well as Ralph Benatar (also of The J.J. Band) on guitar, this one’s a bit of a holy grail amongst connoisseurs.

Castellucci’s name circulates not only on the entire European jazz scene as a reliable and professional drummer for live concerts but he is also a very sought-after studio musician.

He is still active as a teacher and he is not yet prepared to miss the stage for anything in the world. As a matter of fact, he will be celebrating the 50th anniversary of his career along with a few fellow musicians.

Francis Goya (Francis Weyer) born of musician parents in the city of Liege (Belgium). He receives his first guitar at the age of 13 and takes guitar lessons over a one year period to become a true auto dictate. At the age of 16, he forms his first rock band with his brother and a few friends, "The Jivaros". In 1970, Francis is taken on by a professional soul band, "The J.J.Band", With whom he tours Europe and Africa. Their second album is produced by Brian Bennet (The Shadows) for CBS International in London. Thanks to all this he becomes a studio guitarist, accompanying various artists on the international scene, Demis Roussos, Three Degrees, Barry White, Vicky Leandros. 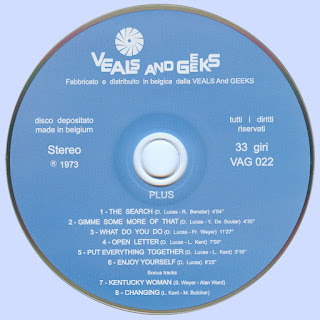 Free Text
Text Host
Posted by Marios at 7:34 AM 1 comment: